It was an emotional night last Friday in Virginia, as Atlee football player Sepp Shirey went 80 yards for a touchdown.

But Shirey is anything but an ordinary football player. He has cerebral palsy, but that has not been able to keep him off the field.

“It’s something I can remember from my earliest time being a part of, and it’s something that in my life right now I enjoy more than anything,” Shirey told NBC affiliate WWBT about playing football.

Friday against Varina, the plan was for Shirey to take the hand-off and get tackled after a couple of yards by way of a two-hand touch. But that’s not at all what happened, as both teams trailed Shirey to the endzone, cheering him on all the while.

As inspirational as simply watching the video can be, Shirey has had a much greater impact on his teammates.

“Every time I think I’m tired, every time I think I gotta take a play off, I’m exhausted, I look over at him and he’s doing it all on his arms,” teammate Hayden Moore told WWBT. “That’s crazy. He’s easily the hardest worker on the team.” 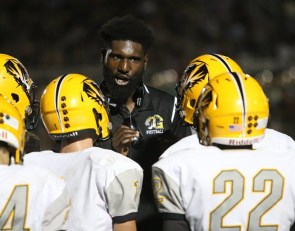 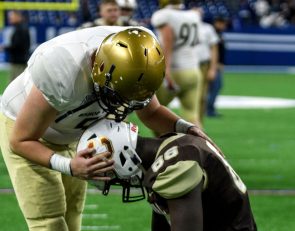 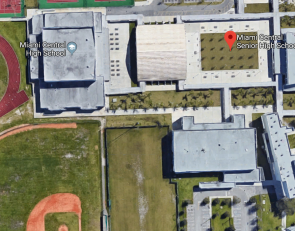 https://usatodayhss.com/2017/player-with-cerebral-palsy-scores-td-as-both-teams-cheer-him-on
Player with cerebral palsy scores TD as both teams cheer him on

A terrific video from Virginia.