HighSchoolFootballAmerica.com is a partner of USA TODAY High School Sports.

Look for 2017 to be a great year for quarterbacks in Southern California.  Currently, according to the 247Sports.com composite rankings, two of the Top 10 QB recruits in the nation in the Class of 2018 hail from the CIF Southern Section.

Topping the list is Long Beach Poly’s Matt Corral, who recently rescinded his verbal to USC. Corral, who transferred to Poly after playing his first three years at Oaks Christian, is considered the area’s No. 1 quarterback and he’s ranked the No. 3 overall quarterback prospect in America.

During his career at Oaks Christian, Corral completed 401-of-625 passes (64.2 percent) with 74 touchdowns and 15 interceptions, according to MaxPreps.

247Sports’ composite rankings has Corona Centennial’s Tanner McKee ranked No. 2 in Southern California and No. 5 in the nation.  McKee, who led the Huskies to the CIF-Southern Section Division 1 semifinals and a No. 10 ranking in the High School Football America National Top 50 in 2016, is coming-off an outstanding season with over 4,000 yards in total offense.

McKee, who is uncommitted with 22 offers, completed over 72 percent of his passes for 3,522 yards with 36 TDs and only eight picks.  He also rushed for over 500 yards and 15 touchdowns. 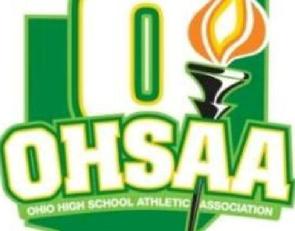 https://usatodayhss.com/2017/ranking-the-top-quarterbacks-in-southern-california
Ranking the top quarterbacks in Southern California
I found this story on USA TODAY High School Sports and wanted to share it with you: %link% For more high school stories, stats and videos, visit http://usatodayhss.com.