Reds select Cash Case, the player with the best name in MLB Draft 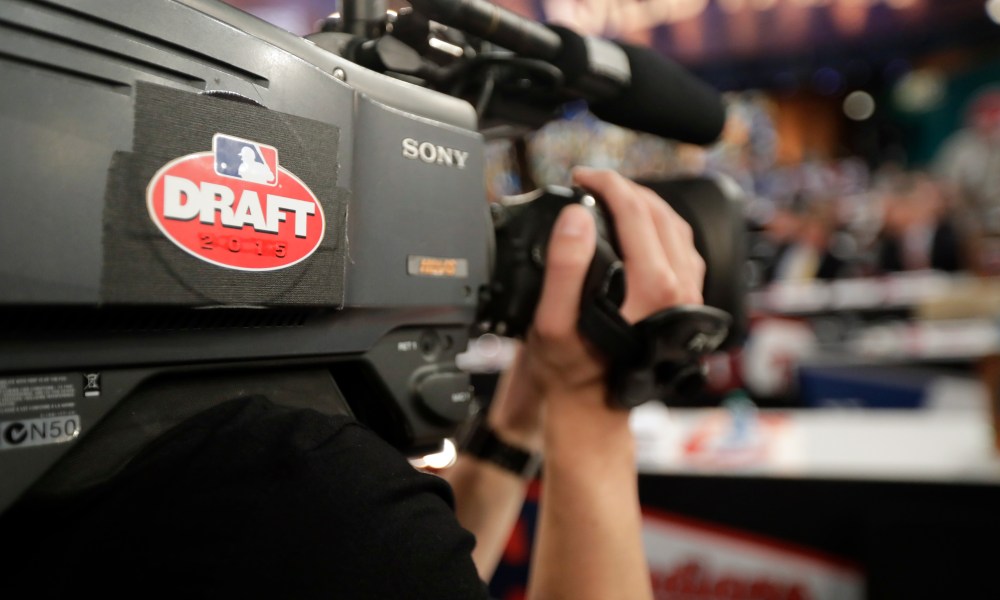 Reds select Cash Case, the player with the best name in MLB Draft

Each year, the Major League Baseball Draft has players with some unique names. This year’s winner might be Cash Case, a shortstop from First Academy in Orlando (Fla.).

Case was selected in the fourth round, No. 107 overall, by the Cincinnati Reds.

So, about that name?

“When I was 3, my dad tried to introduce me to baseball in a fun way that would keep the attention of a kid my age,” Case told USA TODAY Sports. “He made a small baseball field in our yard that my best friend (Griffin Hines) and I would play one-on-one wiffle ball games, with my dad pitching.

“To make it fun he would announce us when we came up to bat, using a bullhorn and announcing us as an all-time great baseball player with a cool nickname, such as Joe ‘Ducky’ Medwick, Stan ‘The Man’ Musial, Cool Papa Bell and Pete ‘Charley Hustle’ Rose.

“My friend I wanted nicknames also, so we gave one to each other, so he called me ‘Cool Cash’ Case, because I always had all my money and change organized very neatly, and also because of ‘Cool Papa’ Bell. His was ‘Hey Hey’ Hines taken from the ‘Say Hey Kid.’ Got to love the alliteration.”

And while everyone calls him Cash, his birth name is Mitchell.

Case, a shortstop, is a Notre Dame signee. He hit .451 as a senior and has become exclusively a left-handed hitter after switch-hitting earlier in his prep career.

“He just has a great demeanor for the game of baseball,” coach Scott Grove told The Orlando Sentinel. “He doesn’t get too high and doesn’t get too low, and he’s so rounded as a person that, even though he loves baseball, it doesn’t define him as a person.”

As noted by MLB.com, being rounded as a person includes this:

Off the field, Case has played the guitar, piano and saxophone since he was six years old. For four years, he studied and became fluent in speaking Mandarin Chinese. Even after he stopped taking courses during his senior year, he kept up with the language on Rosetta Stone.

And of course, his name generated this GIF on Twitter when he was selected:

https://usatodayhss.com/2017/reds-select-cash-case-the-player-with-the-best-name-in-mlb-draft
Reds select Cash Case, the player with the best name in MLB Draft
I found this story on USA TODAY High School Sports and wanted to share it with you: %link% For more high school stories, stats and videos, visit http://usatodayhss.com.