MT. ANGEL – Kaylin Cantu is not the kind of athlete who takes time off. 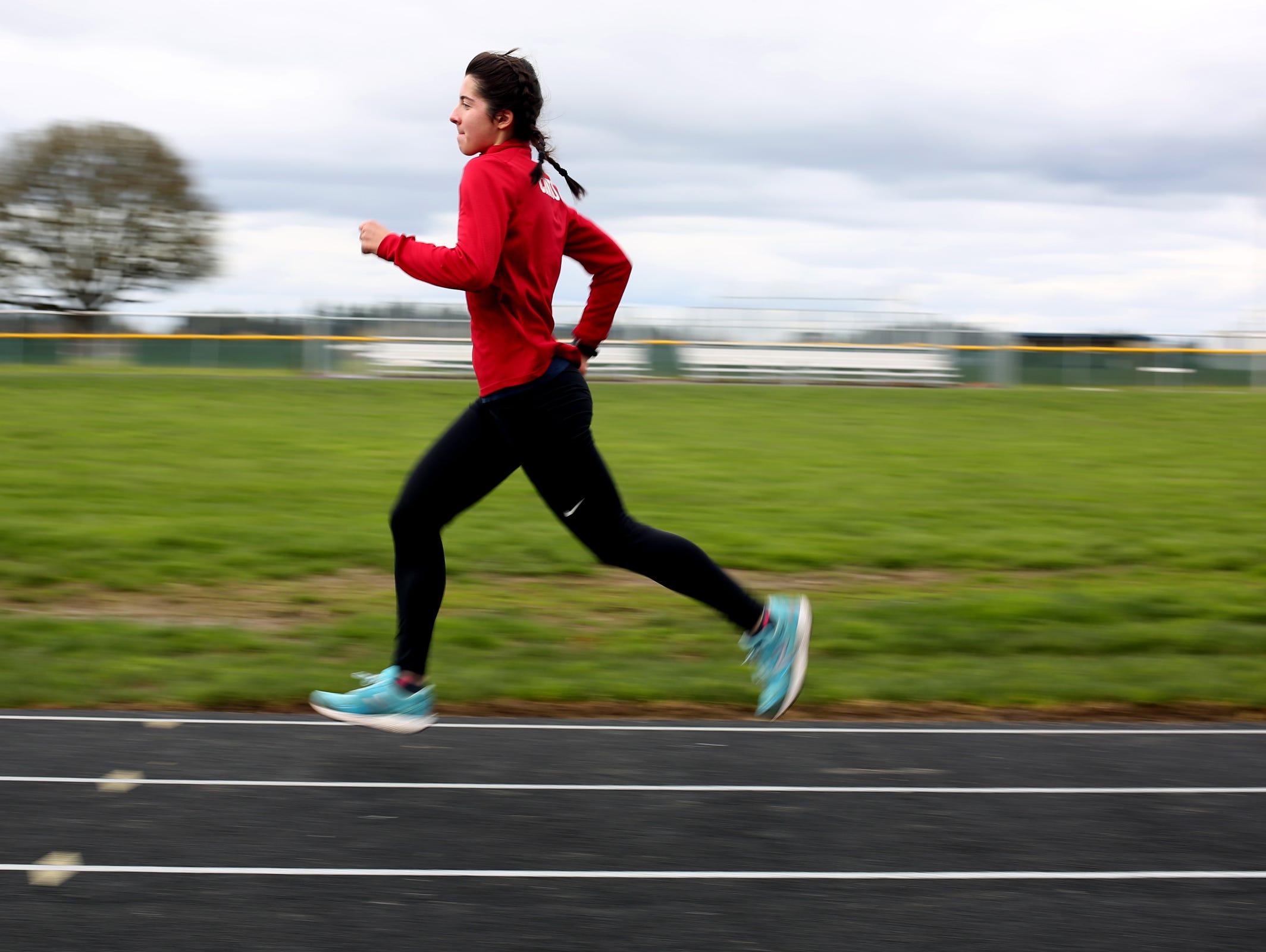 Here’s a telling example: Two days after the Kennedy High School girls basketball team placed third in the OSAA Class 2A state tournament in Pendleton, the 5-foot-5 junior guard was at practice on her home track preparing for track and field season.

Why rest when you’re one of the state’s premier distance runners with a state championship to pursue?

Long-time Kennedy track coach Steve Ritchie said he “absolutely” would have given Cantu time to re-energize after a long basketball season.

“She just can’t wait to get started,” Ritchie said. “She’s a workaholic.”

As a three-sport athlete – cross country, basketball and track – Cantu is always in shape. But the transition from running on the basketball court to covering longer distances in track requires different training.

That’s why Cantu was so anxious to get back on the track after basketball season.

“It’s really hard because all of my friends (in track) are getting ready before the season starts and I still have basketball so you can’t really do that,” Cantu said. “I get a late start to the season.”

She was on the Trojans’ 2A state championship basketball team in 2016 and was a key player on this season’s squad as well, averaging 12.0 points, 4.0 rebounds, 2.6 assists and 2.1 steals. Cantu was named to the all-tournament team.

“I’ve been playing basketball since I was little,” Cantu said. “I started track, long distance (events), when I was in eighth grade.”

Cantu served notice early on that she would excel as a distance runner.

She won her first of three district cross country championships as a freshman and placed 10th in the 3A/2A/1A state meet as a freshman followed by seventh and third place finishes the past two years.

As a sophomore, she placed second in the 1,500 at last year’s state track meet and fifth in the 800. Kennedy has six consecutive top 10 finishes as a team, with a girls state title in 2014. 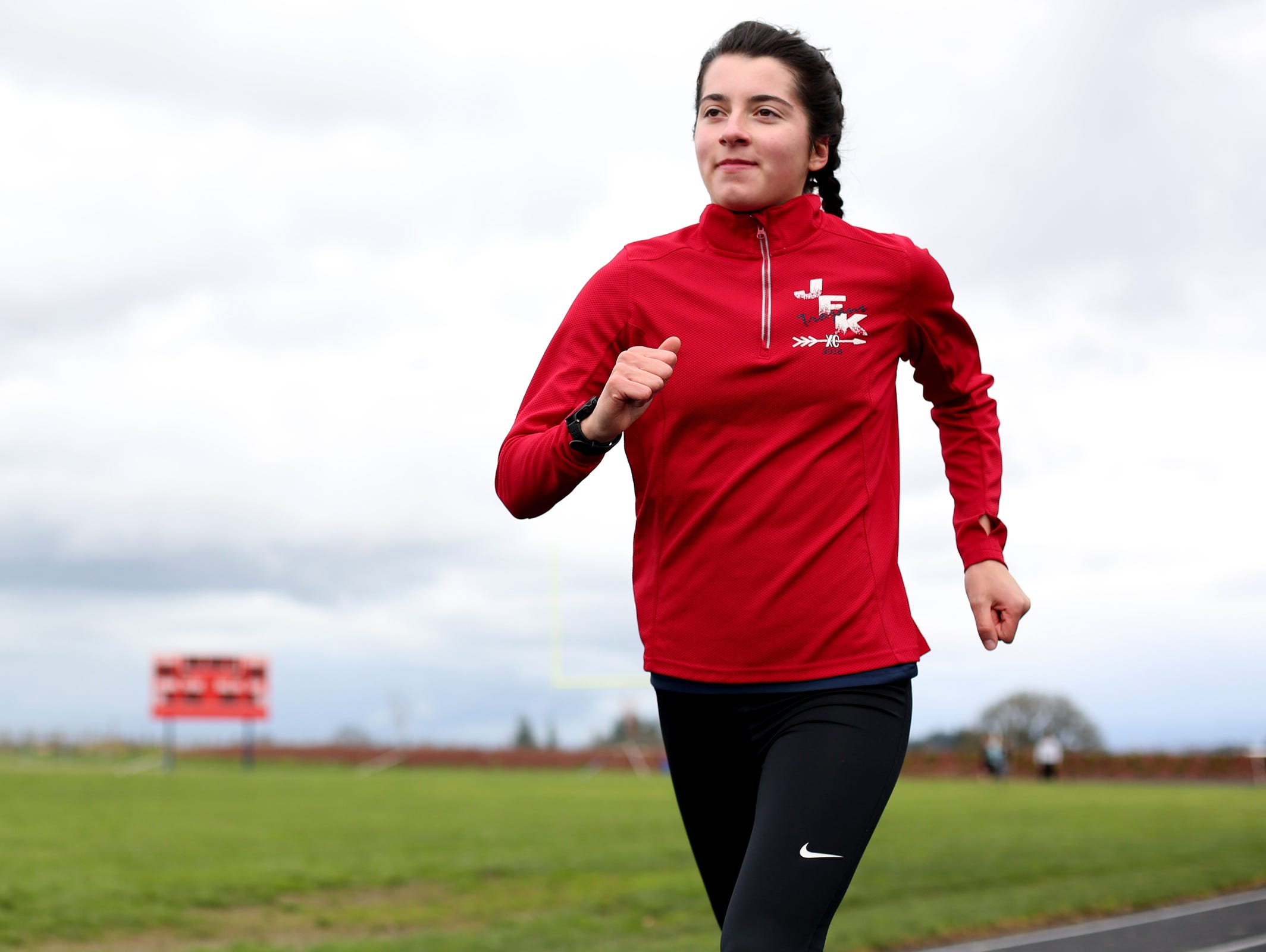 Kennedy’s Kaylin Cantu was second in the 1,500 at last year’s Class 2A state meet.

Sprinting isn’t Cantu’s forte, but when asked to participate on sprint relays she’s up to the challenge.

Cantu was on the Trojans’ 400 relay team last season “which is really funny because I’m not a sprinter.”

“But I happened to be like the fastest one so they made me anchor it,” Cantu said with a smile. “It was fun.”

A matchup with Bandon junior Sailor Hutton, the defending state champion in the 1,500 and 3,000, could be on the horizon.

“The goal is to go to state in the 3K and challenge Sailor in it, and just PR from last year,” Cantu said.

Cantu’s presence on the team has been a major benefit for sophomore distance runner Alejandra Lopez, who placed fifth in the state cross country meet in November.

“During cross country she was like the bunny and we were trying to catch her,” Lopez said. “I always think about trying to catch up with her so it really pushes me harder.”

Cantu pushes herself to excel in athletics and in the classroom, where she carries a 4.0-grade point average.

And there will be no rest once track season ends. Cantu plays on Kennedy’s girls summer basketball team and trains for cross country season.

“Her commitment level is very high and she is very self-motivated,” Ritchie said. “She wants to do everything she can to get better.”

Cantu hopes to compete in cross country and track in college, but for now she’s has a single-minded pursuit.

“I just wanna get faster. That’s basically it,” she said. 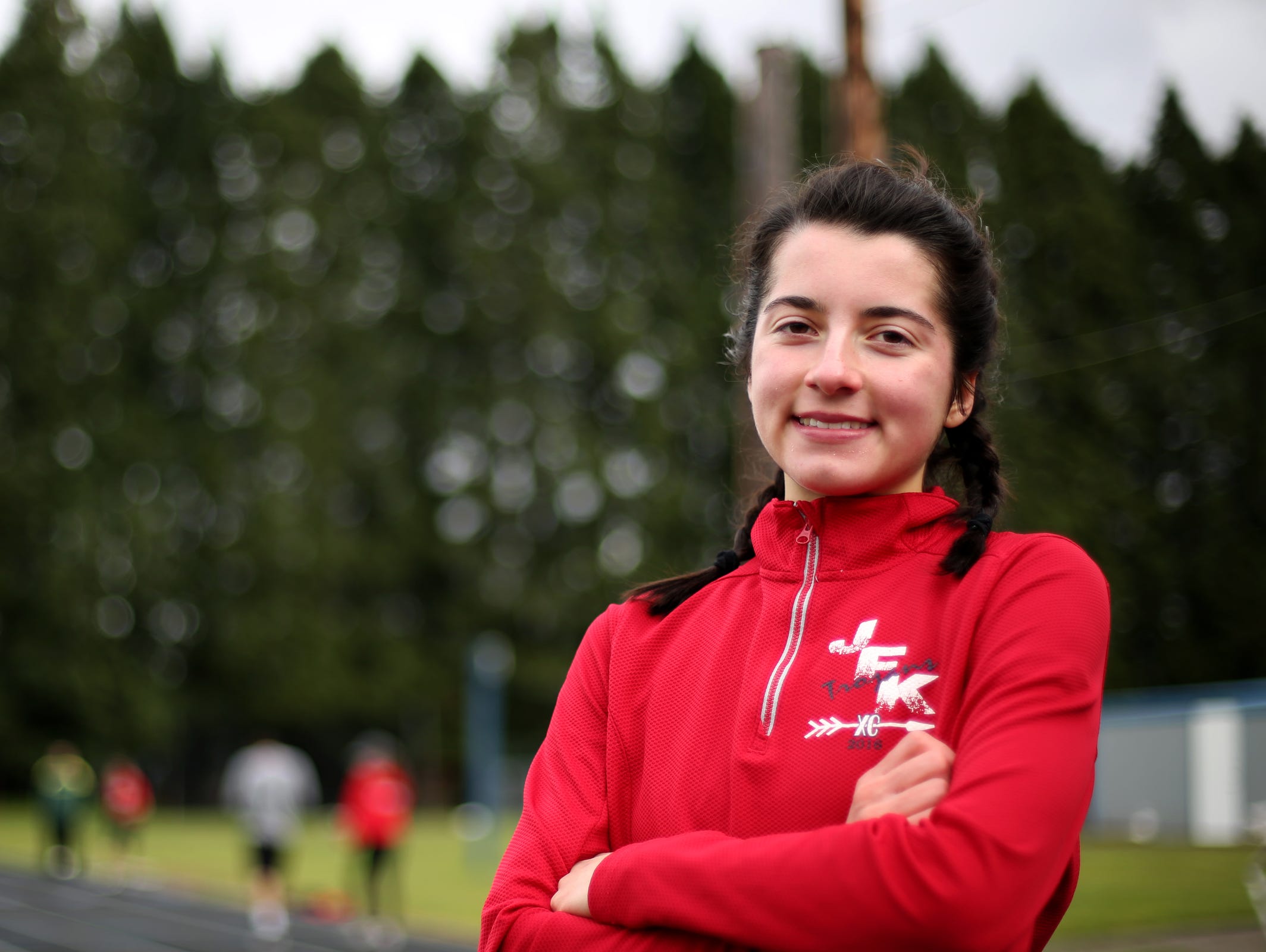