Phil Jurkovec has been perhaps the best quarterback in Pensylvania prep football this fall, guiding Pine-Richland (Gibsonia, Pa.) to an unbeaten 10-0 record while accounting for 35 TDs. The four-star dual-threat QB and Notre Dame commit’s latest gridiron feat was leading his team to a 48-28 win at North Allegheny last Friday night.

Wednesday night, Jurkovec returned to North Allegheny, where he was about to attend the Western Pennsylvania Interscholastic Athletic League (WPIAL) field hockey championship. As the Pittsburgh Post-Gazette reports, Jurkovec was hoping to watch his girlfriend and some Pine-Richland classmates compete for their first championship in school history.

It appears that Jurkovec never got past the entrance, and it had to do with some ill-will as a result of Pine-Richland’s celebration from Friday night’s football win.

Jim Jurkovec, Phil’s father, told the Post-Gazette that North Allegheny game personnel stopped his son from attending the game due to his and the team’s celebration five days prior.

Neither North Allegheny athletic director Bob Bozzuto nor Pine-Richland school administrators could be reached for comment by the Post-Gazette Thursday morning.

Jim Jurkovec told the Post-Gazette that his son also spoke with Bozzuto about why he wasn’t permitted to enter. At least 10 other Pine-Richland players were in attendance at the contest.

The celebration from the game has become something of a hot-button issue since Pine-Richland clinched a perfect regular season last Friday night.

This comes from the Post-Gazette’s game story:

And about 10 minutes after the game, Jurkovec did his best Baker Mayfield imitation. Surrounded by his teammates, Jurkovec ran to the 50-yard line and stuck a Pine-Richland flag into the turf in the middle of an NA Tiger paw.

“That was a little for last year,” Pine-Richland coach Eric Kasperowicz said. “They threw a halfback pass up 30 points with two minutes left in the game.”

North Allegheny’s team was in the locker room at the time, but North Allegheny’s band was on the field to do a special postgame show for Senior Night. Jurkovec and Pine-Richland’s players reportedly ran down the field and planted the flag behind the band. 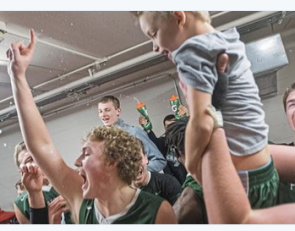 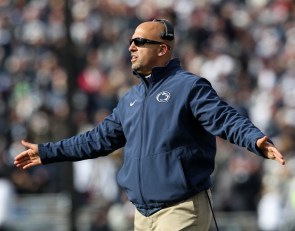 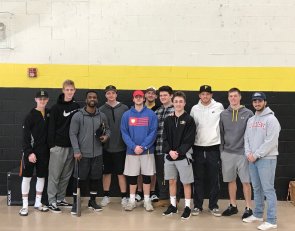 Andrew McCutchen asks for batting practice, gets it from Pittsburgh-area pitching coach