IndyStar is pleased to announce the winter sports nominees for this year’s Indiana Sports Awards. IndyStar will honor these 24 athletes as well as athletes in fall and spring sports at an ESPY Awards-like show.

Nominees for IndyStar Mr. Basketball, presented by Indiana Pacers, will be announced in the next few weeks.

The Louisville recruit is a McDonald’s All American and finalist for the Naismith Trophy. Evans averaged 35.8 points, 7.6 rebounds, 6.2 assists and 4.8 steals per game as a senior. She finished her high school career with 2,832 points to rank fifth all-time.

After winning the 50 freestyle in the sectional, Haskett won a state title in the event (22.77). The Indiana recruit also took home the title in the 100 backstroke.

Weiss, a sophomore, won a state title in the 100 breaststroke, breaking Olympic gold medalist Lilly King’s state record in the process with a time of 59.37.

Burchill won the 200 IM state title for the second straight year, setting a state record (1:56.67). The Georgia commit also was a part of the 200 medley relay team and 400 freestyle relay teams, both of which won state titles.

Lee led the Bulldogs to their first wrestling state title in program history, winning a state title at 145 pounds with a 14-6 major decision. It marked Lee’s second straight state title and completed his undefeated season (50-0). He won at 138 pounds during his sophomore season.

Lee won his second straight wrestling state title, earning a 19-5 major decision at 152 pounds. He finished the season with a 40-0 record. Lee won the 132-pound title during his sophomore year.

Parris won his second straight wrestling title at 220 pounds, winning by fall. The junior finished the season undefeated (57-0) for the second straight year. He is 105-0 over the past two seasons and 159-1 in his career.

Columbus North’s Ashley Holliday takes her turn on the vault.

Thompson prepares for her floor routine.

Thompson, a junior, repeated as balance beam state champion this year and was the runner-up in the all-around competition. She was last year’s IHSAA Mental Attitude winner.

Moneta won the floor exercise title, marking the second time in three years that a Viking has won the title in that category. The junior was held out of the sectional competition, but won the vault and floor competition at regionals while finishing fourth in the all-around.

Lamothe scored a team-record 76 goals and 37 assists in 44 games played during his senior season. He had 10 hat tricks on the season and finished with a team-record 113 points, breaking his own record of 100 points from last season. He was named first-team All-City for the second straight season and led the team to a Class 2A state title.

Oliver, a senior, led his team with 34 goals and 37 assists in 39 games. He was a team captain and led the team to an appearance in the 4A state title game just three years after the team finished in the bottom third of the standings.

Crawford was a senior captain and member of Team Indiana. He was named an academic All-State member and an All-Conference team member. A defenseman, he scored six goals and had nine assists in 39 games played.

Mavrick was the 2017 Indiana High School Bowling champion. He finished the season with a 218 average and had a high game of 279 and series of 504. He was a member of the All-Tournament and All-State first team.

Mann finished the season with the second-high average, 237, and a 300 game. He was All-Region, All-Tournament and first team All-State. He won his sectional and regional and was runner-up at the Merrillville Semistate.

David scored the most conference and tournament points. He had the high average in his conference and won the sectional, regional and was the state runner-up. He was a member of the All-Region, All-Tournament and All-State First teams.

Ross is the only bowler in Indiana High School Bowling history to win two singles titles. She won her first as a freshman and again this year as a senior. She also was the sectional champion and finished third in her semistate. She finished with a 195 and will bowl next year at McKendree University.

Kinney led the state with a 223 average. She also had two of the top 10 series, 513 and 473. She was a member of the Academic All-State team, All-Region, All-Tournament and first team All-State. She was a sectional and regional champion.

Schutz totaled the most points during her conference and tournament play this season. She had the top average in her conference and finished second in sectionals and the state finals. Schutz was a member of the Academic All-State team. She was first team All-State, All-Region and All-Tournament.

Love high school sports? Then celebrate the athletes! The Indiana Sports Awards on April 27 will honor top athletes throughout the state and feature a performance by Pat McAfee. Find more information about the event and get your tickets now at sportsawards.indystar.com. 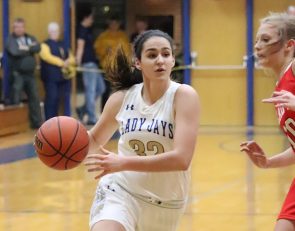 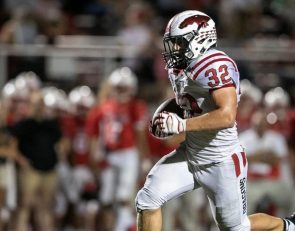