One of the pictures of the car, which is painted with a racist comment and what appears to be a swastika. (Photo: screenshot)

Sturgis Brown (Meade County, S.D.) has canceled all of its homecoming activities and forfeited a football game against Pine Ridge following racist comments that appeared on social media.

Photos began to circulate Wednesday night showing a car spray-painted with the words “Go back to the rez.”

One of the pictures of the car, which is painted with a racist comment and what appears to be a swastika. (Photo: screenshot)

Another picture showed the car being smashed with a sledgehammer as a part of a “car bash,” a homecoming tradition that the school says has not been officially sponsored for several years.

In a release, the Meade District School Board said they would like to “express our deepest apology for the actions of a few students from Sturgis Brown High School Wednesday evening.”

The release continued, “We are appalled and disgusted by the racist comments that appeared on social media. We met with Sturgis Police Department this morning to investigate the details, so appropriate action can be taken.”

The pictures were taken in the school parking lot without the knowledge of staff or administration, the release said, and administrators throughout the district are planning assemblies to address racism.

“We are a diverse district with many races and backgrounds,” the release said, “which is why this situation is so painful.”

The Sturgis Police Department said in a separate post that they are “working closely with School Administration” and “the actions of a few do not represent Sturgis Brown High School or the Community of Sturgis.” 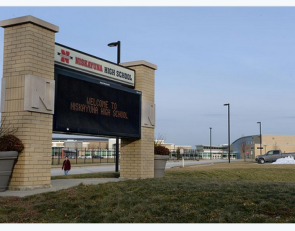 Student leaders to meet after racist remarks made at N.Y. soccer game 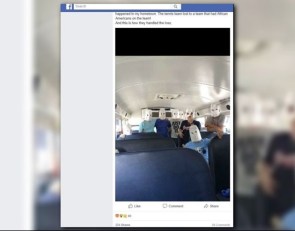 https://usatodayhss.com/2017/s-d-homecoming-game-and-activities-cancelled-after-students-post-racist-messages-on-social-media
S.D. homecoming game and activities cancelled after students post racist messages on social media
I found this story on USA TODAY High School Sports and wanted to share it with you: %link% For more high school stories, stats and videos, visit http://usatodayhss.com.