On Tuesday, the 6-foot-1 middle hitter was named the 2016-17 Gatorade South Dakota Volleyball Player of the Year.

Slaughter, who is the first Harrisburg Tiger to win the award, racked up 458 kills, 327 digs, 85 blocks and 65 aces in 2016. She is now a finalist for Gatorade National Volleyball Player of the Year, which will be announced later this month.

The Gatorade Player of the Year awards recognize athletic excellence, as well as academic achievement and exemplary character demonstrated on and off the field.

Slaughter closed out her career in style, leading Harrisburg to its first-ever Class AA state volleyball title and first overall since 2005. In that championship match against Roosevelt, Slaughter notched a school-record 39 kills, with her final execution clinching the decisive fifth set.

“Considering the night Sami had, it had to end that way,” Harrisburg coach Ronette Costain said afterwards. “The kid is amazing. Every time we needed her, she stepped up and she delivered.”

A University of Nebraska commit, Slaughter will graduate as the program record-holder for kills in a match (39), season kills (458), career kills (1,205) and career blocks (304).

Off the court, Slaughter has maintained a 4.0 GPA and was one of five Harrisburg students selected as a “Champion of Character” and, as a result, will represent her school as a mentor to area elementary and middle-school students. She also volunteers with the Humane Society of Sioux Falls and is a youth volleyball and basketball coach. Harrisburg’s Samantha Slaughter bumps the ball against Roosevelt during the S.D. State AA Volleyball championship at the Swiftel Center in Brookings.

As a Gatorade Player of the Year, Slaughter will be able to select a national or local youth sports organization to receive a grant as part of the Gatorade Play It Forward program. Every Gatorade Player of the Year state winner receives a $1,000 grant to donate and will have the opportunity to enter for an additional $10,000 spotlight grant by writing a brief essay explaining why their selected organization deserves additional support. 12 spotlight grants – one for each sport – will be announced throughout the year. 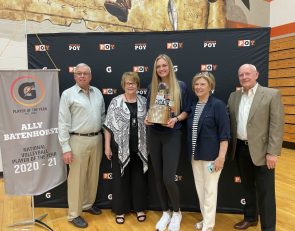 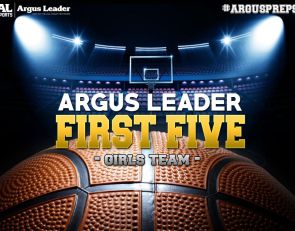 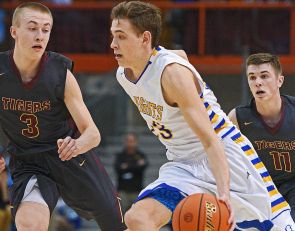 https://usatodayhss.com/2017/sami-slaughter-named-gatorade-sd-volleyball-player-of-the-year
Sami Slaughter named Gatorade S.D. Volleyball Player of the Year
I found this story on USA TODAY High School Sports and wanted to share it with you: %link% For more high school stories, stats and videos, visit http://usatodayhss.com.