Shadow Mountain senior guard Marcus Shaver received his release from his UC Santa Barbara letter and has reopened his recruiting.

Phoenix Shadow Mountain senior point guard Marcus Shaver is looking for another Division I college after being released from his letter of intent with UC Santa Barbara after Gauchos coach Bob Williams didn’t have his contract renewed.

Shaver, 6-foot-3, who signed with the Gauchos in November, made azcentral sports’ All-Arizona basketball team after helping Shadow Mountain go 27-0 and capture its third state championship in four years.

He is getting ready with his Shadow Mountain teammates for next week’s Dick’s Sporting Goods High School Nationals eight-team tournament in New York.

UC Santa Barbara went 6-22 this season but had been to the NCAA Tournament three times since 2002 under the 63-year-old Williams.

“As for right now, I am not looking at any particular schools,” said Shaver, who averaged 22.4 points, 2.5 assists and 2.7 steals for the Matadors. “I am focused on the Dick’s Nationals next week. When I get back, I will focus on recruiting.”

Shaver said he is speaking with a number of schools that are interested.

Assistant coach Mike Warren said that he heard that Utah, Colorado and Clemson have shown interest. 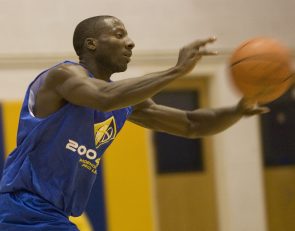 Mike Bibby investigation: School may have known about sex-abuse allegations for 2 years 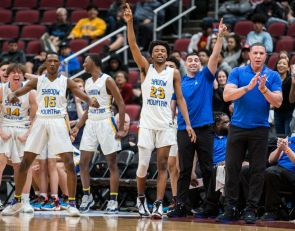