On Monday, Shelley Meyer, the wife of Ohio State head football coach Urban Meyer, tweeted a rather provocative response to the lawsuit filed by former NFL quarterback Colin Kaepernick. While the tweet, the text of which you can see below, inspired the coach’s wife to walk back her initial comments, it wasn’t before plenty had taken notice of her belief and brought it under significant scrutiny.

“What-ever. He made his choices.”

In fact, according to USA TODAY’s Dan Wolken, it may even be an active weapon used against the Buckeyes in the always escalating college football recruiting wars.

Shelly Meyer can say what she wants. But if you think every assistant coach in the Big 10 isn’t sending that Tweet to recruits you’re crazy https://t.co/3j7PFCvqjR

Wolken’s comments are remarkable, particularly because they aren’t even shocking anymore. That Shelley Meyer’s social media activity would emerge as a legitimate recruiting tool is perfectly representative of postmodern recruiting. There are no norms or standards beyond the limitations on contact imposed by the NCAA, so the random reactionary comments posted on Twitter by the wife of an opposing coach are now fair game to use against a school she doesn’t represent at all.

One would think that Mrs. Meyer’s social media activity wouldn’t be enough to sway a high school senior to choose one destination for at least three years. Then again, these are millennials, so we’ll never know until National Signing Day arrives. 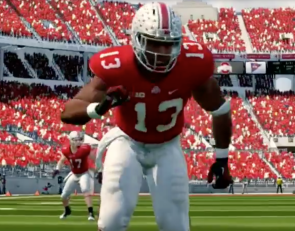 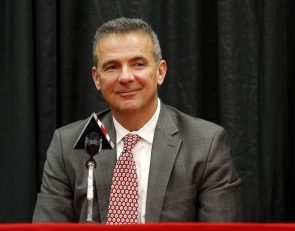 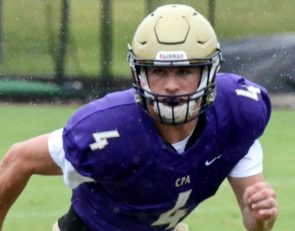 https://usatodayhss.com/2017/shelley-meyer-colin-kaepernick-tweet-recruiting
Did Shelley Meyer's tweet about Colin Kaepernick give foes recruiting ammunition against Ohio State?
I found this story on USA TODAY High School Sports and wanted to share it with you: %link% For more high school stories, stats and videos, visit http://usatodayhss.com.