One of the most successful coaches the Mid-Valley has ever had is stepping away.

Nick McWilliams, who has coached boys and girls basketball teams to more than 500 wins over the past three decades, has officially retired from coaching.

His final stint as a head basketball coach, the past 10 years with South Salem’s girls, has been his most successful.

The program placed third in Class 6A this year, earned a state tournament trophy the past four years and won state championships in 2015 and 2016.

“We’ve had an incredible run, especially the last four years, but it took a lot of work to get to that point,” McWilliams said. “I don’t think South Salem will have the same level of kids as we had the last three or four, but on the other hand there will be several solid players coming through.

“I feel really good about that for whoever will take over for me.” 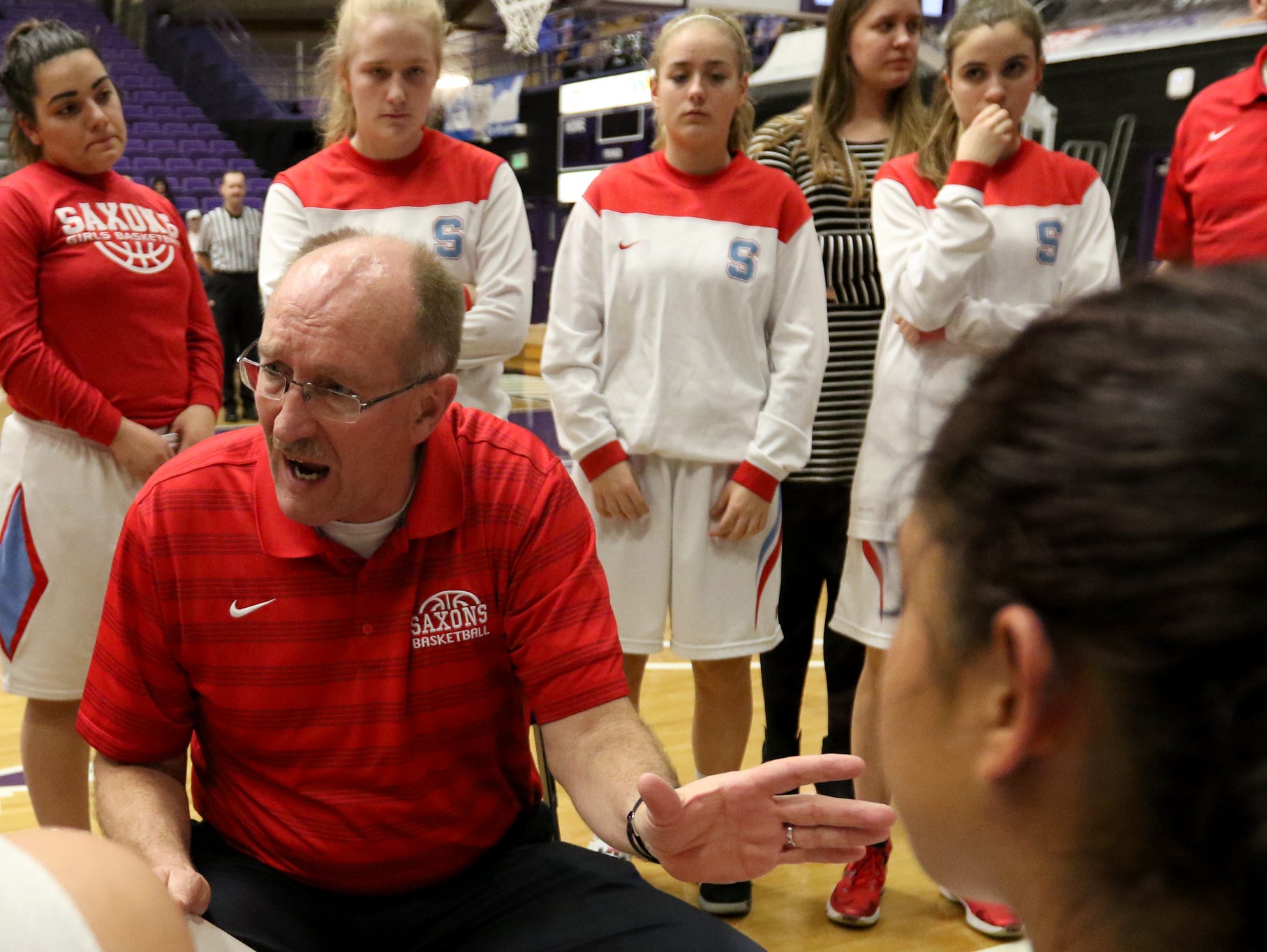 South Salem head coach Nick McWilliams talks with his team during a break in the second half of the Grant vs. South Salem girl’s basketball game to determine third place in the OSAA Class 6A State Championships at the University of Portland on Saturday, March 11, 2017. South Salem won the game 58-53.

He considered retiring from coaching after Katie graduated from South Salem in 2015, but decided to stay on with the program and guided it to its second straight state championship.

Retiring will give him more time to watch Katie, currently a sophomore at Oregon State, and spend with his wife, Diane.

“To be honest, it’s just a lot of work being a head coach these days and trying to add to that following your kid playing,” McWilliams said. “I just think it’s good for our family right now.”

He spent 22 years as a head coach of boys basketball teams starting in 1983 at Santiam Christian then making stops at Central, Forest Grove, Milwaukie, Sprague and Central again.

Sprinkled in between some of his tenures as a head coach, McWilliams was an assistant coach for some boys basketball teams.

McWilliams coached Santiam Christian to the Class B state championship in 1984.

He said he won’t rule out coaching again in the future, but not in a head coaching role.

“I’m glad I got the experience of being able to coach boys for 28 years and girls for 10,” he said. “I wouldn’t have traded anything for the opportunity to coach Katie and following that kids like Jordan Woodvine and Evina Westbrook.”