The Southern California soccer community is mourning the loss of a 17-year-old who died suddenly late Sunday night.

Ashley Roth was a junior on the Bishop Amat (La Puente, Calif.) girls soccer team and a member of the Legends girls soccer club in Chino Hills. On Sunday night, Roth was found unresponsive in her West Covina home, according to the San Gabriel Valley Tribune.

The cause of death has not been determined, Los Angeles County Coroner’s officials told the Tribune. An autopsy is pending.

Chino Hills girls soccer coach Andy Plascencia, who was Roth’s club soccer coach with Legends, told the Tribune that Roth played with Legends in a showcase over the weekend. Plascencia said everything appeared fine with Roth when the games were finished and everyone went home.

“She was smiling, having fun and played almost every single minute,” Plascencia told the Tribune. “It’s a complete shock.”

Bishop Amat principal Richard Beck wrote a letter of support to Roth’s family and to students.

A letter from Bishop Amat principal Richard Beck to the students and families following the passing of Ashley Roth, who was a junior on the girls soccer team pic.twitter.com/B6vvw3bx8Y

Many expressed support for Roth and her family on social media after her passing.

Announcement: Amat Girls soccer games tomorrow (11/28) are cancelled. Prayers for the Roth Family! We will miss you Ashley 💙💛 #RIPRoth #3 pic.twitter.com/wpXHnR0051

Everything seems so surreal, I still can’t believe that you were taken from us too early sister. Ashley, you’ll forever be in our hearts 💝 #3 pic.twitter.com/QTGjzg0THd

“A friend who dies, it’s something of you who dies…” you were a great friend to all of us, one who will never be forgotten. We miss you Ashley Roth❤️👼🏼 pic.twitter.com/myE9fN8JLJ

Heaven gained another angel today😭 everyone please pray for Roth's family as they go through this difficult time pic.twitter.com/LRQfH8JOY8 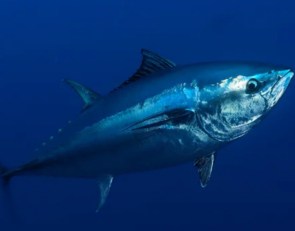