COOS BAY – There aren’t a lot of basketball teams that can dig themselves out of a 17-point hole in the fourth quarter. 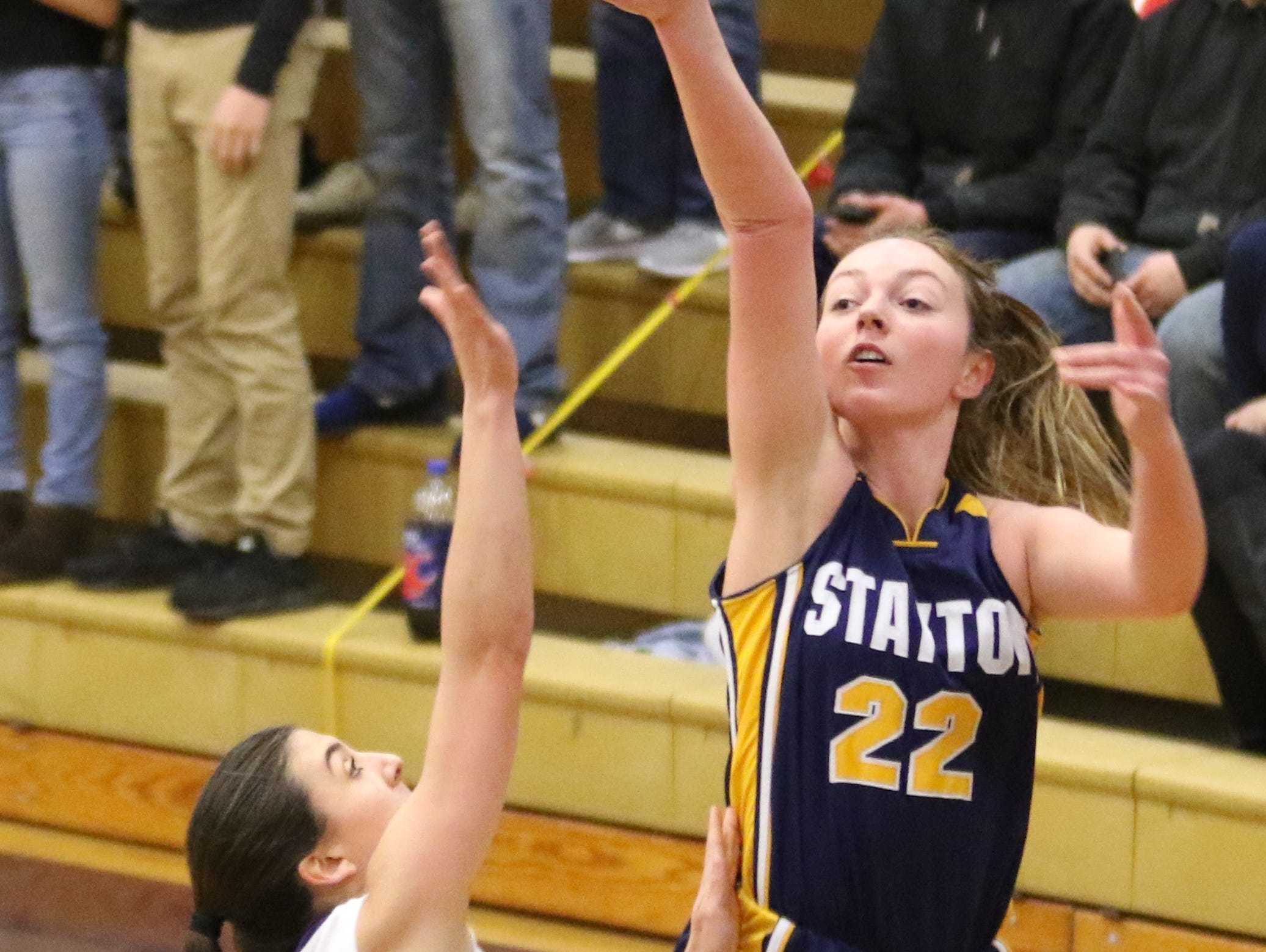 Stayton’s Sierra Shelton goes up with a shot against Marshfield on Saturday, March 4, 2017.

But there’s something about Stayton High School’s girls.

Early in the final period of Saturday’s first-round OSAA Class 4A state playoff game at Marshfield, the Eagles trailed 35-18 and they looked to be the recipient of a quick blowout loss and exit from the state postseason.

But Stayton showed grit and determination and clawed its way back with basket after basket, and Alexa Bender’s jump shot cut Stayton’s deficit to 40-35 with 26 seconds left.

The No. 14 seeded Eagles would lose 42-35 to No. 3 seed Marshfield, but Stayton made it competitive.

“It doesn’t surprise me because they’ve played hard all year,” Stayton coach Darren Shryock said. “The deficiencies that we’ve had this year have not been from lack of effort. It’s been from lack of skills, lack of used to being in the moment sort of thing.

Stayton finishes the season 13-9 while Marshfield (19-6) advances to the 6:30 p.m. March 9 first round of the OSAA Class 4A state tournament at Forest Grove High School. Stayton’s Alexa Bender (20) brings down a rebound over Marshfield defenders on Saturday, March 4, 2017.

For Shryock, it was his first experience as a girls basketball coach at the high school level.

He said he had plenty to learn this season.

“We lost a game earlier in the year. I told them I treated them like girls and not like basketball players, and that was a mistake. They’ve been very resilient, they’ve been a great group of kids. But it’s been different.” 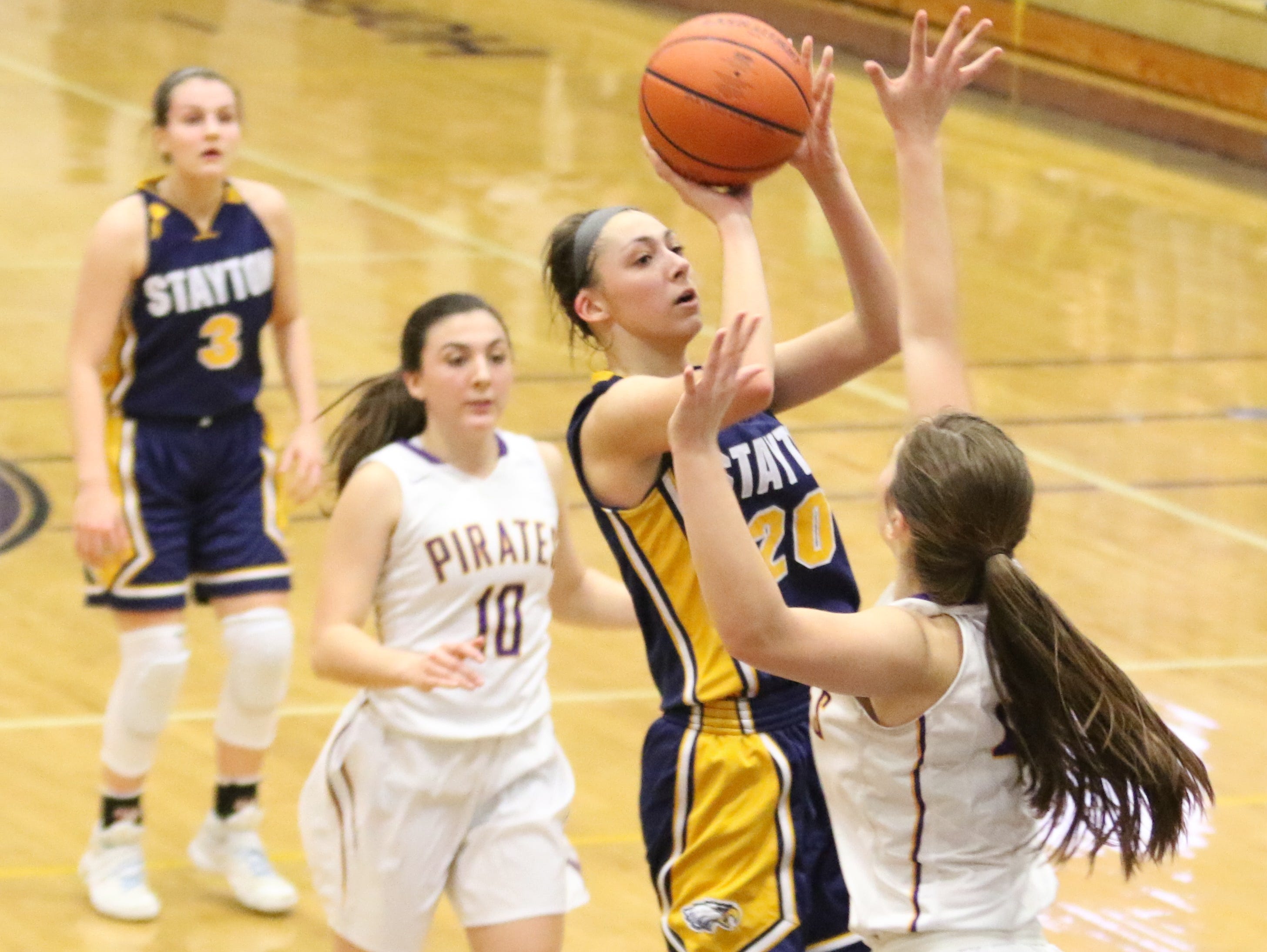 Stayton’s Alexa Bender puts up a shot against Marshfield on Saturday, March 4, 2017.

Stayton’s Marri Martinez-Pallares (33) reaches for the ball against Marshfield on Saturday, March 4, 2017. 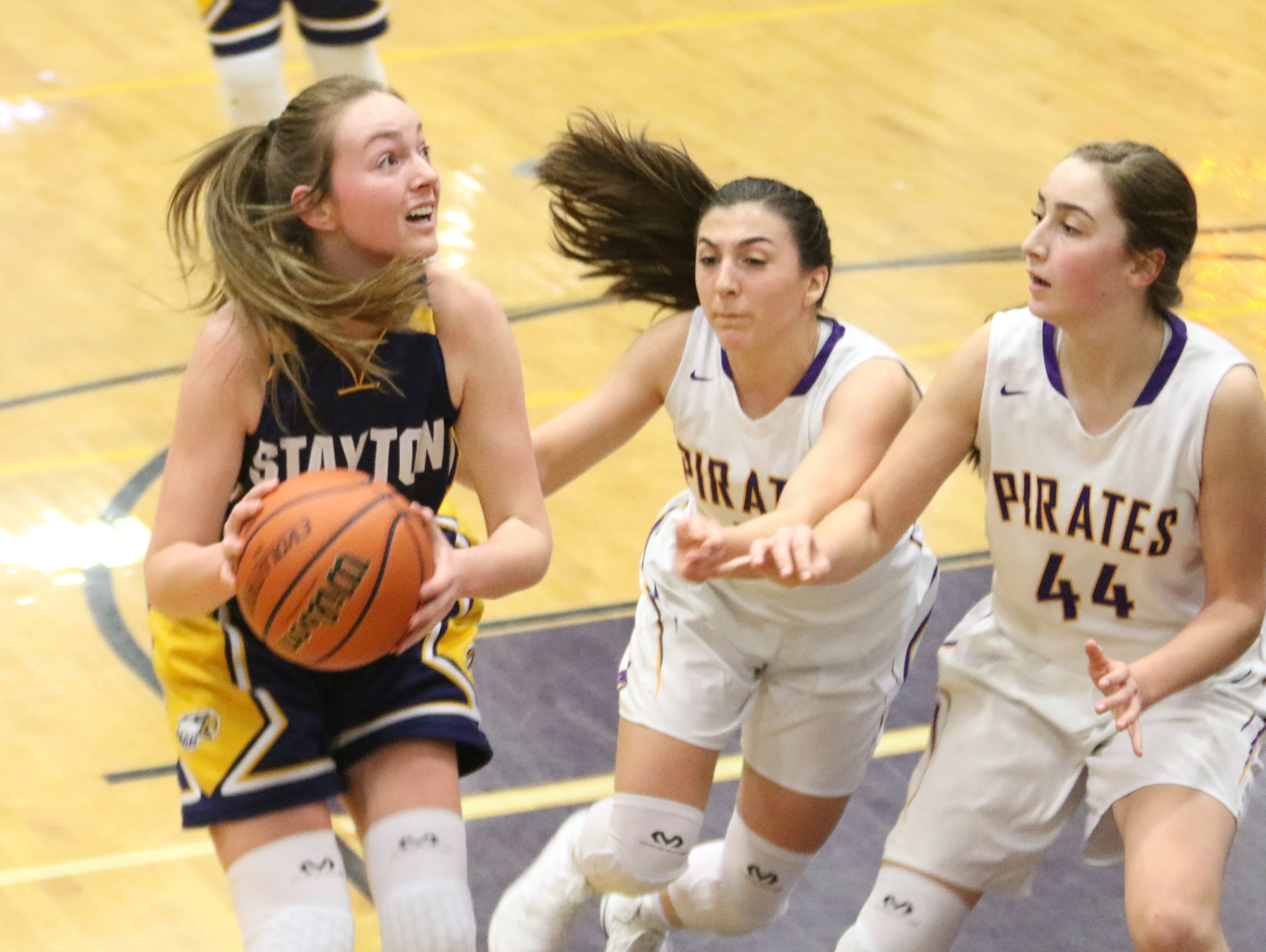 Stayton’s Sierra Shelton looks to get up a shot against Marshfield on Saturday, March 4, 2017.

https://usatodayhss.com/2017/staytons-late-rally-falls-short-against-marshfield
Stayton's late rally falls short against Marshfield
I found this story on USA TODAY High School Sports and wanted to share it with you: %link% For more high school stories, stats and videos, visit http://usatodayhss.com.