Parents in the Valley are still hesitant to allow their children to play football, but that hesitancy apparently does not translate to other contact sports, according to a new survey by Phoenix’s Barrow Neurological Institute.

One-third of Phoenix-area adults surveyed said they would prevent their kids from playing football, the same number found in Barrow’s February 2016 study. However, 85 percent of parents approve of contact sports, and nine out of 10 said they would allow participation in soccer, the second-leading cause of adolescent concussions nationwide.

Dr. Javier Cárdenas, director of the Barrow Concussion and Brain Injury Center at Barrow Neurological Center, said that as parents have learned about concussion treatment and diagnosis, they have become more willing to allow their children to participate in contact sports, “but make a notable exception for football.”

“It is clear that parents continue to view football as more dangerous than other contact sports,” Cárdenas said at a news conference Thursday. “While we continue to endorse participation in athletic activity, we continue to do our best to make it as safe as possible.”

According to the sports neurologist, Cárdenas believes that public knowledge of the degenerative brain disease known as chronic traumatic encephalopathy, or CTE, found in 96 percent of examined NFL players has made football the focal point in the conversation on head injuries.

“There’s no question that football is the spotlight sport when it comes to concussions,” Cárdenas said. “In terms of CTE and evaluation of deceased football players, and recording these findings, indeed that has the greatest concern for people who are participating in athletics.”

The findings support the decline in football participation across the state, a 15 percent drop from last season, according to the National Federation of State High School Associations. 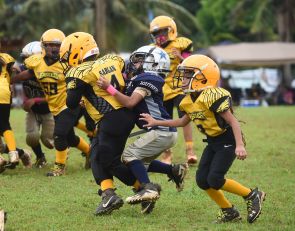 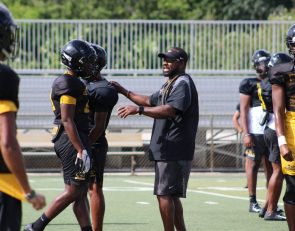 https://usatodayhss.com/2017/survey-one-third-of-phoenix-area-adults-say-theyd-prevent-their-kids-from-playing-football
Survey: One-third of Phoenix-area adults say they'd prevent their kids from playing football
I found this story on USA TODAY High School Sports and wanted to share it with you: %link% For more high school stories, stats and videos, visit http://usatodayhss.com.