There are epic playoff performances, and then there’s what Roschon Johnson delivered Friday night.

Johnson, a four-star dual-threat quarterback from the Class of 2019 committed to Texas, led his Port Neches-Groves to victory in the first round of the Texas playoffs with a 72-69 barnburner victory against Crosby. Except it’s not quite accurate to say that Johnson led Port Neches. Johnson was Port Neches.

Roschon Johnson puts it in for a Rushing TD. :34 left in first Half. PNG 34. Crosby 28. #pngproud pic.twitter.com/MTF7oGk4DK

By game’s end, Johnson was responsible for 10 touchdowns and 598 yards of offense. Yes, the quarterback ran or threw for 10 touchdowns in a single game. That’s a solid season for a number of very good players.

Johnson needed every single point because Crosby was just as prolific. Crosby running back Craig Williams, a four-star Baylor commit, had 344 yards and four touchdowns on the ground, but that couldn’t compare with Johnson, who scored the ultimate winning touchdown in the game’s final minute.

“(Roschon) Johnson is a once-in-a-generation player,” Crosby coach Jeff Riordan told the Houston Chronicle. “He played a fantastic game for them tonight and did everything he needed to for them to win.”

The victory advanced Johnson and Port Neches to an area round playoff matchup with Texas City next Friday. That game will be played at NRG Stadium, home of the NFL Houston Texans. If Johnson continues developing the way he has so far, he may very well be playing in that stadium again in the future. 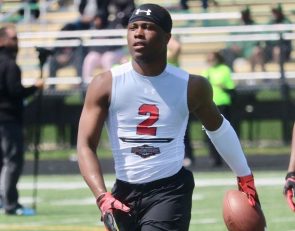 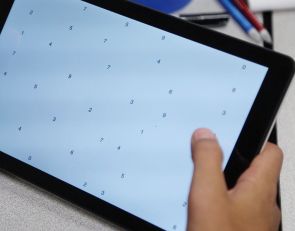 Does Texas HS football have an iPad cheating problem? 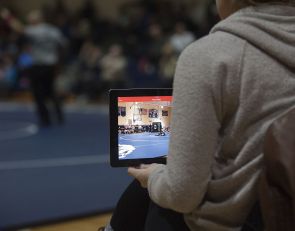 That’s quite an outing.