National Signing Day is in the rearview mirror, so it’s time to look forward. But this might be a bit too far forward.

Jordan Jefferson, a Class of 2020 offensive line recruit from Navasota (Texas), announced on Facebook that he had committed to Texas A&M. He is the first commit for A&M in that class, in case you were wondering.

“It’s always been my dream to be an Aggie,” he told TexAgs.com.

According to a post on Facebook, 2020 Navasota OL Jordan Jefferson has committed to Texas A&M. We'll have more on @TexAgs (Premium) soon. pic.twitter.com/FON8JRjKXq

Jefferson is so young that his class does not have recruiting pages among the major recruiting sites yet. Verbal commitments are non-binding so we shall what happens as other programs are interested.

We do know this — he benched 295 pounds last spring as an eighth grader. 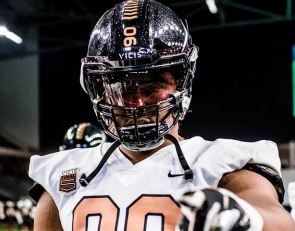