Texas coach weighs in on dismissal of his players for protest during anthem: 'I love them both'

Texas coach weighs in on dismissal of his players for protest during anthem: 'I love them both'

A Houston-area coach who reportedly dismissed two players from his team after they knelt in protest during the national anthem before their Friday night football game has spoken up about the decision, insisting that he holds nothing against the teens but was compelled to act by the team’s discussion about prospective protesting before the game.

Victory & Praise Academy football coach Ronnie Mitchem told Houston NBC affiliate KPRC that he told his players before their Friday night game that he couldn’t condone potential protesting during the national anthem because it was disrespectful to veterans. As noted here and elsewhere, one of those veterans is Mitchem himself, a former Marine.

Yet, when he made two players strip down and out of their uniforms at the game, gaining national attention in the process, he insisted that the decision had nothing to do with the character of the players themselves. In fact, it was quite the contrary.

“I have nothing against the young men, I love them both,” Mitchem told KPRC.

The two teens who were allegedly kicked off the team are Larry McCullough and CJ Lewis, though Mitchem insists that Lewis was never actually told he could no longer be part of the team.

Rather, he apparently quit in solidarity with McCullough, his cousin.

The two players apparently knew the punishment that was coming for them because they allegedly wore street clothing under their uniforms so they could easily change out of them before leaving the field. 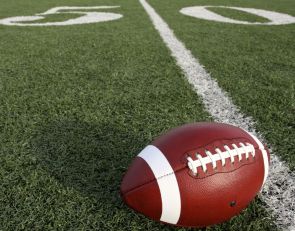 https://usatodayhss.com/2017/texas-coach-weighs-in-on-dismissal-of-his-players-for-anthem-protest-i-love-them-both
Texas coach weighs in on dismissal of his players for protest during anthem: 'I love them both'
I found this story on USA TODAY High School Sports and wanted to share it with you: %link% For more high school stories, stats and videos, visit http://usatodayhss.com.