A pair of Frisco (Texas) football teams are living in the afterglow of their most heated rivalry game of the season. The trick is that only one can still head to its favorite burger joint in celebration.

As reported by the Dallas Morning News, the annual crosstown Frisco rivalry between Lone Star and Reedy High Schools has an extra bite to it because of unofficial stakes which unofficially keep the loser from the Whataburger location near both schools for at least one night.

The game is now called the Whatabowl, though the fast food line in the sand also spills over as motivation in other games between teams within Frisco. For Lone Star and Reedy the game has become the game because they were the first two to begin inhabiting the same Whataburger after games on Friday nights (franchise number 1020) and because their game has carried additional significance; this year, it decided the winner of District 13-5A.

The Whatabowl is more than just a simple game because the two schools deem it to be so. They show up at the home field for both schools bearing flags with the Whataburger logo. They make customized t-shirts to honor the game’s nickname.

And, when it’s all over, the winner gets to go to Whataburger. The loser, by and large, goes home. This year, that meant Lone Star fans were the ones celebrating with Whatachick’n sandwiches and burgers following a 63-35 rout.

As for Reedy? It now has ample motivation to go one netter next year.

“It’s not really about the food, it’s about how it’s our home,” Lone Star junior Kennedy McGilvery told the Morning News. “It’s a good place to celebrate. Especially when your friends work here, you can see them if they have to work Friday nights, tell them about the game.”

“It’s a Texas tradition,” Long said. “When you think Texas, you think football and Whataburger. So, why not?” 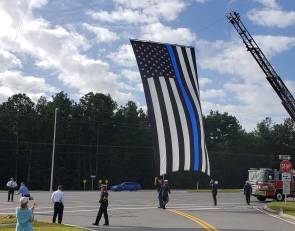 https://usatodayhss.com/2017/texas-whatabowl-rivalry-is-played-for-control-of-neighborhood-whataburger-location
Texas Whatabowl rivalry is played for control of neighborhood Whataburger location
I found this story on USA TODAY High School Sports and wanted to share it with you: %link% For more high school stories, stats and videos, visit http://usatodayhss.com.