The Ball brothers are going to play in a 10,000-population town in Lithuania in front of just hundreds

The Ball brothers are going to play in a 10,000-population town in Lithuania in front of just hundreds

When LaMelo Ball and Zion Williamson faced off at an AAU event in Las Vegas this summer, the capacity crowd was so large that the venue was shifted, LeBron James was turned away (for safety reasons) and the two stars put on a show.

When the youngest Ball brother makes his planned professional debut, he’ll do so in front of maybe 1,000 fans. It’s a steep decline in expectation and scope for a marginal amount of money. And it’s a stunning turn from the pair whom has been marketed by their famously loud-mouthed father as “Big Ballers” who will eventually play alongside older brother Lonzo in the NFL.

Harrison Gaines, the agent for all three Ball Brothers, told ESPN that LiAngelo and LaMelo have signed a one-year deal with Lithuanian team Vytautas. Expected to head to Lithuania in early-January.

They have now committed to a Lithuanian team that won a championship last season and plays in competitive games in the Baltic and Lithuanian leagues, which includes teams that participate in EuroCup (Lietkabelis) and EuroLeague (Zalgiris)

It’s one thing to have the Ball brothers committing to a club which won a league title. It’s another when that club is virtually unknown for success in its own domestic league, let alone international competitions. Then there is the track record of Vytautas’ head coach, who apparently refuses to play English speaking athletes because he can’t communicate with them.

That might lead to a further breakdown with the club’s own goals for the Ball brothers, whom it’s possible are being recruited purely to add sizzle to a club that is struggling to sell tickets.

No financial details about the agreements have been released, though LaVar Ball previously said money would not be the driving factor behind where his son’s play, and that the family was more focused on ensuring the teens play together.

They’ll need to do more than just play together in Prienai. They’ll need to provide each other company, because they’re moving to a town that is truly tiny. Prienai is home to fewer than 10,000 residents, in the Southern interior of the country. They may not find a lot of those residents who can speak their language, either; a 2011 census found that just 16 percent of Lithuanians speak English, with a concerted majority of those likely to be found in larger, major cities.

In one sense it’s not surprising that the Big Baller Brand would want to expand internationally. It probably just didn’t expect to start in one of the Baltic states much closer in geography and culture to Russia than the U.S. 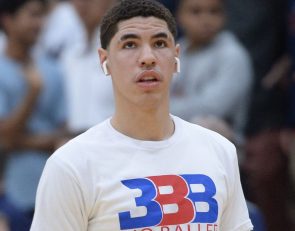 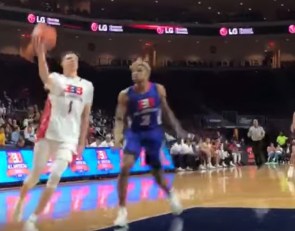 VIDEO: The saddest part of the Big Baller Brand All Star Game was the tiny crowd 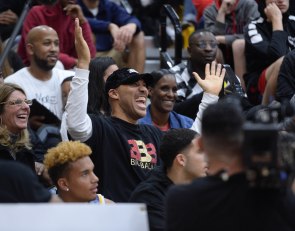 https://usatodayhss.com/2017/the-ball-brothers-are-going-to-play-in-a-10000-population-town-in-lithuania-in-front-of-just-hundreds
The Ball brothers are going to play in a 10,000-population town in Lithuania in front of just hundreds
I found this story on USA TODAY High School Sports and wanted to share it with you: %link% For more high school stories, stats and videos, visit http://usatodayhss.com.