The Mental Game: How to counter a possible upset when playing an underdog

The Mental Game: How to counter a possible upset when playing an underdog

MentalEdgePerformance.ca is founded by Shayne McGowan, based on the concept of creating a superior standard of training for athletes on and off the field. McGowan is a certified mental game coaching professional. He has studied a Cal State university and has played football in college and briefly in the pros. He is a member of Coaches of Canada and NCCP certified, has 30 years fitness background as a trainer. He has done interviews on Fox Sports Radio, CBS Sports Radio, NFL Spin Zone, NFL Showtime, BlogTalkRadio and writes for Train fitness magazine.

Athletes under perform all the time in sports.

Sometimes, when you play against a team or opponent with a lower rank, you may underestimate them to take the game too lightly.

In a tournament elimination format, you may look past that lower-ranked opponent and focus on your next match-up or a more formidable opponent.

You erroneously believe that the result is a foregone conclusion when playing what you think is a weaker opponent.

That is when the unexpected happens: You take an opponent for granted and give them a mental edge.

In fact, the other team has nothing to lose and often tries to rise to the occasion and set the tone early in the game.

Soon, you find yourself down early in the game and desperation sets in. You begin to panic and you make more mistakes than usual.

Upsets happen in sports when you don’t give the opposition respect!

Upsets occur in every sport and it’s often a matter of focus, confidence, and complacency.

Focusing too far ahead causes you to give less than 100 percent effort and focus in your current match up. This is when you find yourself behind in the competition and in catch-up mode and, before you know it, you have given away the win.

How do you avoid the upset?

Understand that upsets happen, especially when you underestimate the competition.

While you cannot control the other team playing up a notch, you can control your level of focus and effort.

You need to be able to prepare the same way for every team, every game and every competition. Your focus must be on the opposition that is in front of you.

In fact, the most important game, match or competition is the one you are competing in the present.

Get up for the game! Don’t take the opposition lightly. Use the pregame warm up to get your game face on with the correct level of intensity you need to focus well in the game. 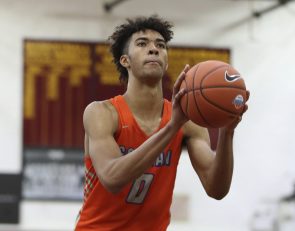 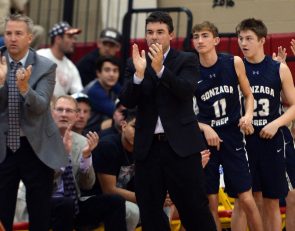 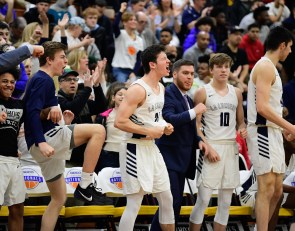 https://usatodayhss.com/2017/the-mental-game-how-to-counter-a-possible-upset-when-playing-an-underdog
The Mental Game: How to counter a possible upset when playing an underdog

Upsets happen, but they can be avoided. Here’s how.