The newest Wake Forest commit gave a brutal assessment of the state of N.C. State and Virginia football

The newest Wake Forest commit gave a brutal assessment of the state of N.C. State and Virginia football

When Devonte Gordon committed to Wake Forest on Sunday, the Maret School (D.C.) offensive lineman pulled no punches, particularly when it came to two of the other ACC programs the 6-foot-5, 280-pounder seriously considered.

Gordon considered scholarship offers from Virginia, North Carolina State and Maryland before choosing Wake Forest. His selection of the Demon Deacons came after he’d first eliminated Maryland, and was driven by a goal of balancing athletic and academic success. After visiting and considering his three finalists, Gordon came down with two schools that lacked one half of the equation or the other, and one school he felt could be the right fit.

Fair enough, assuming one subscribes to Gordon’s assessment of those programs. It’s fairly difficult to disagree with his hierarchy of football skill among the schools, with Wake Forest coming off its first bowl appearance in five years at the Military Bowl (where the Demon Deacons topped Temple); by comparison, N.C. State has competed in three-straight bowl games, winning the 2016 Independence Bowl and 2014 St. Petersburg Bowl sandwiched around a loss in the 2015 Belk Bowl.

Virginia hasn’t competed in a bowl game since 2011.

As for academics, only Gordon knows what he truly plans to focus on in college and how each institution would service those aspirations. It may be unsurprising that Wake Forest and Virginia would stand out for their academic programs, though how Gordon plans to take advantage of Wake Forest’s strengths remains to be seen.

For now, he’ll plow ahead with his senior season, all while hoping that nothing happens to his scholarship with Wake Forest. After his most recent comments, those scholarships to N.C. State and Virginia might not be quite so safe anymore. 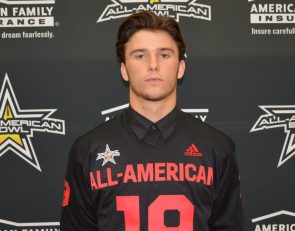 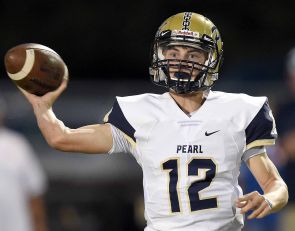 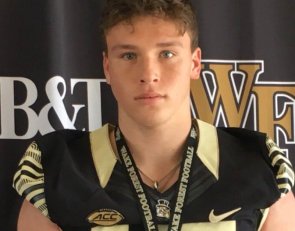 https://usatodayhss.com/2017/the-newest-wake-forest-commit-gave-a-brutal-assessment-of-the-state-of-n-c-state-and-virginia-football
The newest Wake Forest commit gave a brutal assessment of the state of N.C. State and Virginia football
I found this story on USA TODAY High School Sports and wanted to share it with you: %link% For more high school stories, stats and videos, visit http://usatodayhss.com.