The son of Ochocinco doesn’t wear number 85, but he’s still a game-breaker.

On Friday, Chad Johnson Jr., the son of that Chad Johnson, scored the game-winning touchdown for his Los Angeles Venice squad against crosstown rival Palisades High in a 34-28 victory. The win, the fourth straight victory for Venice, pushed the Gondoliers to 6-3 on the season with just one regular season game to go before a presumptive playoff berth.

Chad Johnson Jr. was all too happy to chime in and make sure that he got the credit he deserved when Venice’s winning catch was mentioned on social media:

As for Johnson Jr.’s future prospects, he’s still some way from making any kind of a decision about whether he even will play collegiate football, let alone where he’ll do so. Johnson Jr. is just a sophomore, and while his name may earn him more attention than most underclassmen high school receivers, he’s still just a sophomore after all.

A sophomore who wears number 18, not number 85. Something tells us Dad will be more than willing to sacrifice the jersey number to know that Jr. inherited the clutch gene. 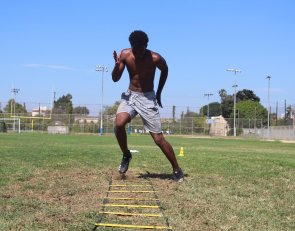 VIDEO: Watch Chad Johnson Jr. get up on wild Moss of defender 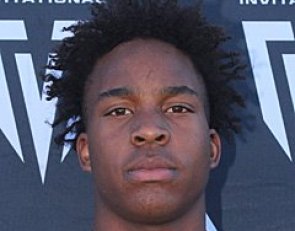 Chad Ochocinco's son is a Calif. football player ... but he doesn't wear 85