Wide receivers could learn something from Decatur (Texas) volleyball star Autumn Finney. The senior outside hitter and team captain has a penchant for taking the concept of “laying out” to a whole new level.

That’s Finney providing her best Supergirl impression during Friday’s Decatur match against Krum. Finney transformed a surefire Krum point into a Decatur one with what one Twitter commenter quite aptly called, “a beach dive on an actual court.”

He wasn’t wrong. Take a look at a longer, fuller cut of the highlight for yourself:

Here is the full video pic.twitter.com/Q45np2OoBV

Finney’s point was obviously the play of the season thus far for Decatur, which entered Friday’s faceoff with a 6-2 district record and eyes on the playoffs after one final home match against Argyle High.

With Finney on the court, the Eagles should feel comfortable no matter who they’re matched up against. At the very least, they’ll know that no point is truly beyond saving. 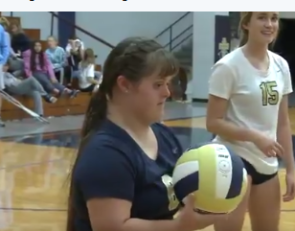 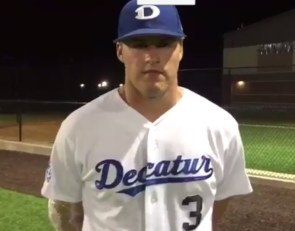 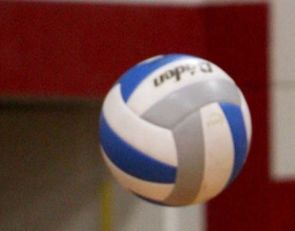 No. 1 Oak Ridge (Texas) falls in Texas volleyball semifinals to No. 24 Hebron

https://usatodayhss.com/2017/video-decatur-texas-volleyball-captain-autumn-finney-delivers-most-acrobatic-save-of-the-season
VIDEO: Decatur (Texas) volleyball captain Autumn Finney delivers most acrobatic save of the season
I found this story on USA TODAY High School Sports and wanted to share it with you: %link% For more high school stories, stats and videos, visit http://usatodayhss.com.