The high school basketball season may be over, and the best of the best from the Class of 2017 are now preparing for their college careers.

That preparation comes in many forms, as we see in the video above.

At Friday’s scrimmage prior to Saturday’s BallisLife All-American Game in Long Beach, Calif., two five-star recruits showed that they don’t turn off those competitive juices once the winter ends.

Pebblebrook (Mableton, Ga.) shooting guard Collin Sexton and Mater Dei (Santa Ana, Calif.) point guard Jaylen Hands were each going at it on both ends of the floor. Sexton is an Alabama commit and the No. 4 player in the class per the 247 Sports Composite, while the UCLA-bound Hands is the country’s 21st ranked player per 247.

Seeing two of the country’s best forming a bit of a rivalry has us hoping for an Alabama/UCLA hoops matchup sometime soon.

As you can see from the video, starting at around the 0:45 mark, the battle got a bit confrontational. At one point, you see Sexton gets a bloody lip. This practice, it appears, wasn’t exactly a shoot-around.

Thanks to this footage from Hoop Journey, we have a vivid depiction of two young competitors not giving an inch – even if a little bit of blood is shed.

Collin Sexton and Jaylen Hands go at it during a Ballislife All American Practice run #BILAAG https://t.co/ZxavFJsTz5 pic.twitter.com/GMta1UBTkf 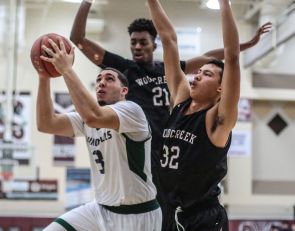 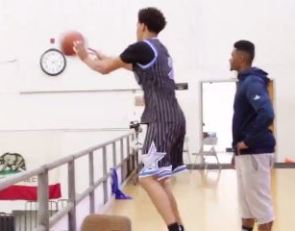 https://usatodayhss.com/2017/video-five-star-guards-collin-sexton-and-jaylen-hands-go-at-it-during-ballislife-all-american-practice
VIDEO: Five-star guards Collin Sexton and Jaylen Hands go at it during Ballislife All-American practice
I found this story on USA TODAY High School Sports and wanted to share it with you: %link% For more high school stories, stats and videos, visit http://usatodayhss.com.