High school football in America is about the atmosphere and accoutrement that comes with game. At weekly pep rallies they get their time in the spotlight, too, particularly school cheerleaders and dance teams. At one Florida school, the latter got an extra lift on Friday with the appearance of a surprise guest.

During the final Lake Mary (Fla.) pep rally of the 2017 season, the Lake Mary Unity Revolution featured a guest performance from the school’s 49-year-old principal, Dr. Donna “Mickey” Reynolds. After attending a series of the team’s practices for a week leading up to the pep rally, Reynolds entered the pep rally part of the way into the Revolution’s step routine, donning their complete wild pants and black shirt outfit.

She completed the school’s routine to outrageous screams from the student body, then stepped her way off the floor having won the pep rally and, realistically, the entire school year at Lake Mary.

“I didn’t know how the students would react,” Reynolds told NBC’s TODAY Show. “My expectation was that they would be dying laughing, that they would think it was hysterical. But I have never heard such cheering. I was so blown away by how much they were cheering.

“Sometimes you have to be willing to put yourself in a position of vulnerability in front of your children, and you have to be willing to not know what the outcome is going to be, when you try to connect with your kids,” Reynolds said. “Connection cannot be a fight, it’s not a one-way street. Sometimes adults — even the best intending adults — have a hard time dropping their guard down and letting themselves be vulnerable in front of their kids. You might be surprised at how much you can learn and take away from it by trying.” 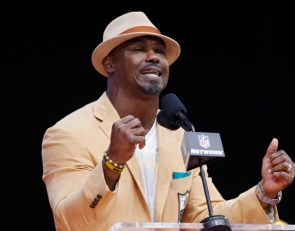 VIDEO: Brian Dawkins gives pep talk to his former HS team, and he has not lost a step 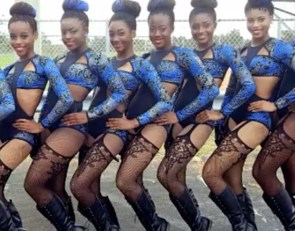 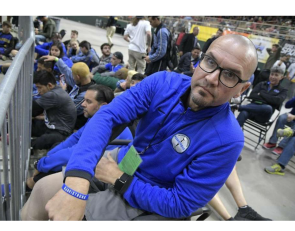