VIDEO: Four-star DT Trevor Trout commits to USC in one of the most emotional videos you'll see

VIDEO: Four-star DT Trevor Trout commits to USC in one of the most emotional videos you'll see

Every college football or basketball recruit has to overcome some hardships en route to their dream of competing on the big stage. Some have to overcome more than others and internalize those struggles as part of the fire that fuels them.

When that’s the case, those players usually keep that motivation relatively close to the vest. That’s no surprise; it’s a private, personal decision and something they care very deeply about. When they do speak up about it, it makes for very poignant storytelling.

Now imagine one does just that and tells the story himself. That’s precisely what unfolded with the USC commitment of four-star defensive tackle Trevor Trout, a Chaminade (Mo.) star and the latest Trojan pledge, who made his announcement via a USC pennant placed on his relative’s grave in a video he Tweeted Sunday.

If you can keep a dry eye at the end of that, we’re impressed. Trout, a second-team 2016 All USA Missouri football team selection, made his decision and announcement a day after his official visit to USC for the school’s annual crosstown rivalry match up with UCLA. It’s unknown if he filmed the video before the trip or after, but either way, his posting just days before the Thanksgiving holiday was a powerful reminder of the things most people have to be thankful for.

Of course, Trout now has a new family to look forward to at USC, and the memory of his relative in part to thank for it. 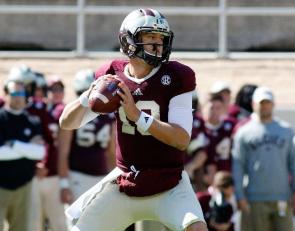 https://usatodayhss.com/2017/video-four-star-dt-trevor-trout-commits-usc-emotional-video
VIDEO: Four-star DT Trevor Trout commits to USC in one of the most emotional videos you'll see

You don’t want to miss this.