We have heard plenty about protests during the national anthem in recent weeks. So what happens when it is the actual national anthem itself (with the help of a faulty sound system) doing the protesting?

It started when a technical malfunction rendered the Star-Spangled Banner silent before Monday night’s game between Rockland and East Bridgewater.

“Nothing played, it was just that awkward silence, everyone is looking around giggling at each other,” Bridgewater TV broadcaster and The Spark contributor Brian Berard told Boston NBC affiliate WBTS-LD.

The giggles soon turned to an impromptu a cappella performance. As WBTS reported, one person started singing the national anthem. Then five joined in, followed by the majority of those in attendance.

Players from both Rockland and East Bridgewater joined in.

“All the fans, parents, kids, students,” East Bridgewater student Katie Smith told WBTS. “It showed that no matter people’s differences, if you hate them, you like them, you can come together and unite as one, for one time.”

“Not really realizing the impact of what we were actually doing,” East Bridgewater student Amari Henry said. “It shows that as a community, and as people in general, we can come together and, sing a song that has a lot of meaning to it.”

East Bridgewater won the game, 3-1. Beyond the score, it was the anthem performance started by the players that had a lasting impact.

“The best part about it was that it was really organic, there was no contrived sort of plan,” East Bridgewater coach Brendon Boates said. “It is a bit of a rivalry between two schools but it was nice to see them sort of unite for a common cause.”

“All of a sudden everyone got into it, and it was really cool,” Rockland coach Lauren Rizzotti’s said. “It was a cool moment to see.”

A cool moment to hear as well. 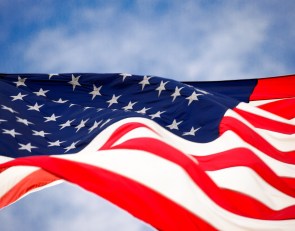 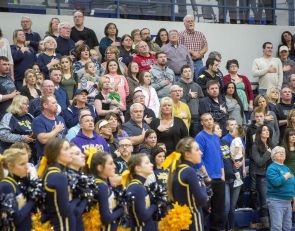 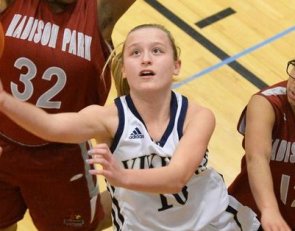