A video of a hug that wasn’t has caused a social media stir in the aftermath of Appleton North (Wis.) High School’s state girls’ basketball championship.

The video, taken minutes after North won the Division 1 state title at the Resch Center in Ashwaubenon on Saturday night, shows a WIAA official stepping between a North player and her 3-year-old brother, shutting down a post-game hug that had become a family tradition. It caused an uproar on social media, resulting in the WIAA issuing a statement on Monday morning.

@wiaawistate didn't let Jaylen give his sister, Syd, a hug after winning the STATE! He gets excited to hug her after EVERY game. He cried 💔 pic.twitter.com/Usvd1M2D04

The video was accompanied by the words “@wiaawistate didn’t let Jaylen give his sister, Syd, a hug after winning the STATE! He gets excited to hug her after EVERY game. He cried.”

The WIAA’s statement Monday, which was sent by Director of Communications Todd Clark, read:

“The Wisconsin Interscholastic Athletic Association acknowledges that the short video clip that was released on social media Sunday may be seen by the casual observer as insensitive. In the celebratory situations following a State championship, it is not possible for the WIAA to know the individual traditions and rituals of all the schools, teams, families and players involved. For the safety of all involved, we keep spectators off the playing surface. As an organization that runs large events on a regular basis, our focus is always on the safety and ‘what if’ situations that can evolve quickly and cause potential harm to innocent bystanders. When the WIAA staff receives advanced requests regarding special family situations or needs, we do our best to accommodate if and when possible. The WIAA has reached out to the family to express its regrets for any distress they may have experienced.”

Appleton North athletic director Kevin Herrling said Monday that he received text messages from Hauser and WIAA Executive Director Dave Anderson on Sunday night and again on Monday morning. He said the tone of the text messages was apologetic but also explained the WIAA’s position.

“They wanted me to know they were aware of it and sorry it happened that way,” Herrling said. “They said they don’t want to take away from what the girls have accomplished.”

Nic Levy posted on Twitter on Monday afternoon that “at this time, our family has received no contact from the WIAA.” 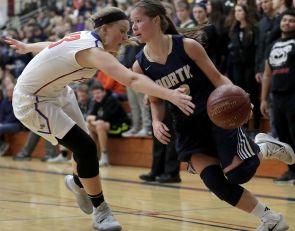 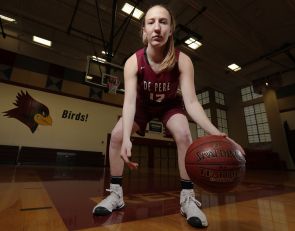 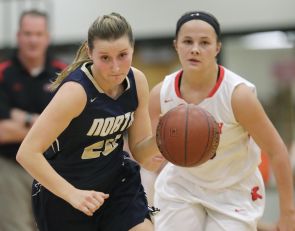 https://usatodayhss.com/2017/video-of-attempted-postgame-sibling-hug-brings-apology-to-appleton-north-wis-from-wiaa
Video of attempted postgame sibling hug brings apology to Appleton North (Wis.) from WIAA
I found this story on USA TODAY High School Sports and wanted to share it with you: %link% For more high school stories, stats and videos, visit http://usatodayhss.com.