Malachi Jones isn’t a conventional defensive back. Sure, he’s athletic and fast and agile, but he lacks something his contemporaries have as a key advantage: Jones has just one hand.

The diminutive defensive back made the play of the night in Millenium (Az.) High’s 40-0 rout of Valley Vista on Friday, reading through the opposing quarterback’s progression, jumping a telegraphed route and intercepting a pass that he then returned all the way to the Valley Vista 25 yard line.

It wasn’t the prettiest interception you’ll ever see, but it might be the best given Jones’ technique. The corner caught the ball by having it bounce off his right hand and then cradling with his left arm above where his hand would be. He then smoothly transferred the ball back to his right arm and took off.

It made for a perfect Cinderella chapter in Millenium’s final game of the season; with a 4-6 record, the Tigers missed out on the postseason, though Jones earned plenty of fans for himself and the Tigers in the team’s final victory. 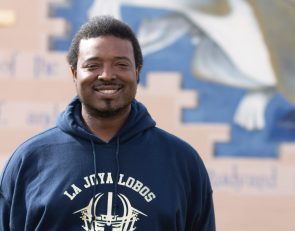 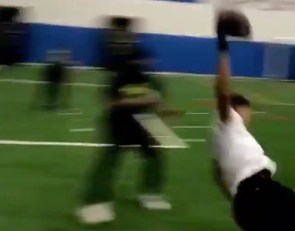 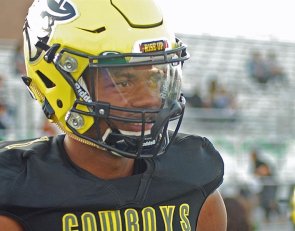 https://usatodayhss.com/2017/video-one-handed-arizona-db-interception
VIDEO: One-handed Arizona DB Malachi Jones pulls down interception in win
I found this story on USA TODAY High School Sports and wanted to share it with you: %link% For more high school stories, stats and videos, visit http://usatodayhss.com.