With the sheer volume of high school football games that take place across the country every Thursday and Friday night from mid-August to Christmas it’s remarkably difficult for something that happens on the field to be considered novel. Yet one Ohio playoff game Friday night may have produced just such a development.

As captured by Twitter user Derek Layton, the Northmor football team in Ohio teamed up to push an ambulance that had become stuck off the football field. The impromptu mid-game workout came after Northmor quarterback Meechie Johnson was injured on a play and appeared to require ambulance assistance, but then was able to leave the field under his own power. By that point the ambulance was already on the field, and sinking in to the natural grass surface.

Lol so this happened at the Fort Frye game pic.twitter.com/sao54HQEIY

No problem. The Northmor squad simply ran off the sideline and bunched up behind the ambulance, shoving it until it was pushed right off the field.

The ambulance aid was only one highlight from a remarkable end of Northmor’s season; Forth Frye escaped with a late, 6-0 victory, but not before the the Northmor defense combined for five interceptions. Yet both offenses struggled, with the two squads combining for just 13 first downs.

The loss was a disappointing end to an otherwise successful season for Northmor; the Golden Knights were playing in their first playoff appearance and finished the season 8-3, even with the playoff loss.

In the end, the most memorable thing the Northmor football teens do in high school may be directly intertwined with an ambulance becoming stuck on a field. 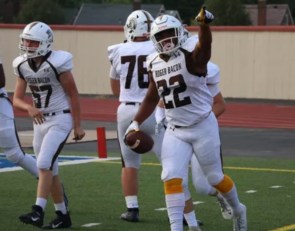 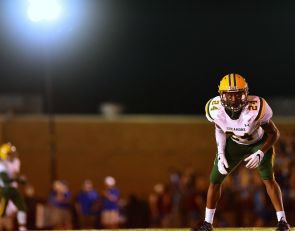 With instant replay approved for high school football, it could be seen in Ohio playoffs 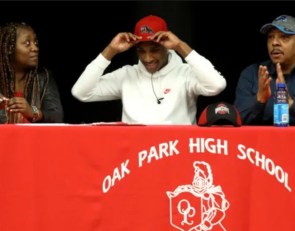