Wando, which took over the top spot in early April, finished the season with a 27-0 record and shut out its final 11 opponents, including five teams in the playoffs on the way to the South Carolina Class AAAAA title.

FINAL SUPER 25: See who made the rankings

McIntosh (Peachtree Ridge, Ga.) finished at No. 2 with a 22-1 record and the Georgia state AAAAA title, the sixth in school history. The McIntosh girls soccer program also won a state title. Clarkston, which lost to McIntosh in the state title, is No. 6.

Archbishop Murphy (Everett, Wash.) remained No. 3 and was the Washington 2A state champion after a dominating 23-0 season. That included an 8-0 win in the title game.

Broken Arrow (Okla.) was No. 4, moving up a spot since the previous rankings, thanks to a shootout victory in the 6A state title game against Stillwater. It was Broken Arrow’s first state title since 2011.

Station Camp (Gallatin, Tenn.) moved up from No. 8 to No. 5 in the final Super 25 after winning the first state soccer title in school history. Station Camp edged Houston (Germantown) 1-0 in the Class AAA final.

Langley (McLean, Va.) moved into the Super 25 at No. 11 after rolling to the Virginia 6A title with a 6-2 victory against Battlefield. Langley won its second state title in three years.

Other newcomers to the final rankings are No. 21 Alta (Sandy, Utah), No. 22 The McCallie School (Chattanooga, Tenn.) and No. 24 Bishop Kelley (Tulsa). 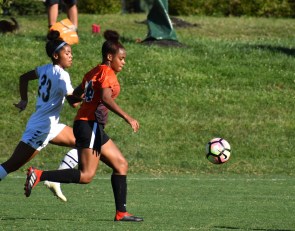