With much pleasure, I give you the NEW CALIFORNIA RECORD HOLDER FOR CAREER TD RECEPTIONS,Marquis Spiker!!! pic.twitter.com/XeILBcV1fI

In some states, breaking a football record just means more. California certainly qualifies as one of those.

It didn’t take Spiker long to break the record during a wild 59-56 win by host Murrieta Valley. His 55-yard score from quarterback Hank Bachmeier in the first quarter gave him a state record 67 career receiving touchdowns, breaking Earvin Johnson’s record set in 2000 at Los Angeles Cathedral.

Murrieta Valley Marquis Spiker makes the touchdown catch to sets the state record for most career touchdown catches with 67 pic.twitter.com/IJn4zOQiHo

He was far from done, though, finishing the night with 13 receptions for 284 yards and four touchdowns. The record is now 70…and counting.

Spiker is ranked as the No. 20 wide receiver in his class and the No. 13 overall prospect in Calif., according to the 247 Sports Composite. For the foreseeable future, though, he is the No. 1 TD target in his state’s illustrious prep football history. 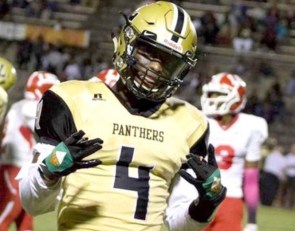 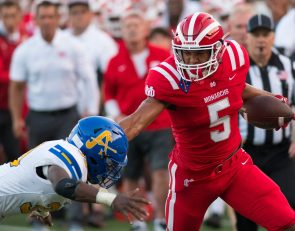 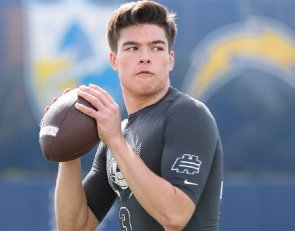 Marquis Spiker’s name is alone at the top.