They say to never give up on a play. Here’s precisely why that saying so often rings true.

Lima Senior (Ohio) was poised to escape with a 25-24 victory against St. Francis de Sales (Ohio). All the Spartans had to do was kick off and watch the final three seconds tick off the clock.

CRAZIEST PLAY OF THE NIGHT! Kicker saves the day for @LimaSeniorHS after numerous laterals. pic.twitter.com/YZON2wQmux

If only it were so easy. Instead, the Lima Senior kickoff led to a series of desperate laterals — five in all — and, for a moment, an extraordinary sense of panic when it appeared St. Francis de Sales junior Zach Bee had actually slipped free for a game-winning touchdown.

In truth, Bee had sprinted his way to glory. All he had to do was not trip and not be run down by one final Lima Senior coverage man who was coming from the opposite side of the field. He fell prey to both, and Lima Senior escaped with the narrow victory.

As if there was any question about the high stakes drama that unfolded on the final play, just look at the reactions of the players on the field after it concluded. Bee fell to the turf unconsolable and exhausted. The Lima Senior savior, Cole Mericle, celebrated wildly along the sideline while teammate Jovin Robinson collapsed on the field, either out of exhaustion, relief, or both.

Despite the fact that the play fell short of the end zone, it’s still easily one of the most riveting individual snaps of the season. 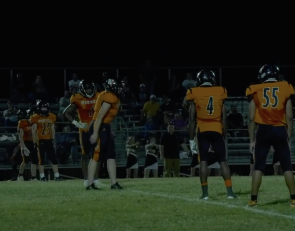 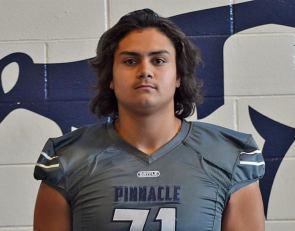