Devin Grant is a senior wide receiver for the Heritage (N.C.) football program, and he has moves. Need proof? Here you go:

On a snap against Corinth Holders (N.C.), Grant raced down the left sideline on a simple go-route when he was cut off by a pair of defensive backs. He had a plan. First he pulled in a wild, one-handed grab, getting separation from the defensive back who was covering him in man-to-man. As he came down with the ball, the trailing defensive back closed in for a tackle, only for Grant to come to a screeching halt a’la the Warner Brothers roadrunner, sending that defender careening into his teammate and giving Grant a clear path to the end zone.

It was a pretty amazing grab, made more impressive by Grant’s quick thinking and athleticism immediately after. The senior has just 16 catches through the first seven games of his senior season, though eight have come for touchdowns.

Is that enough to justify a serious look from a major Division I program? We’ll have to wait and see. One thing that’s certain is that plays like the one he turned in against Holders will certainly earn him another look. 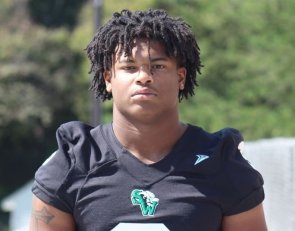 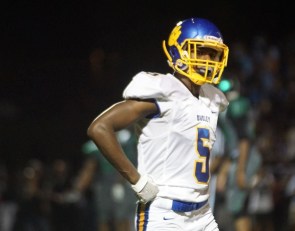 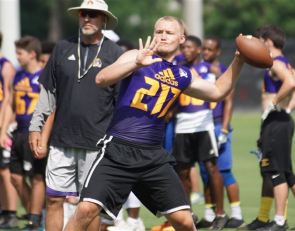