The leadership of a West Virginia high school has formally apologized for a sign displayed at a Friday night football game that exhorted the team to “Trump Perry,” referring to an inner-city school from Pittsburgh that is predominantly African-American.

As reported by the Pittsburgh Post-Gazette, the superintendent of the Brooke County School District issued an official apology for Brooke County’s student section, which displayed a “Trump Perry” sign during Friday night’s game against Pittsburgh Perry Academy, a school with a largely African-American population.

The sign was brought to national attention when a Perry school librarian captured the sign during Friday’s game and Tweeted a photo of it, expressing her disappointment with the opposing students.

Perry’s players allegedly avoided any incidents with their Brooke County opponents during the 34-20 Brooke victory, but that doesn’t mean that all was well between the two student bodies. As a result, Brooke County Superintendent Toni Shute issued an official written apology for his students’ actions on Monday.

“The sign’s message does not reflect our true beliefs nor what we want to reach our children,” Paesano Shute said in the letter to Pittsburgh Public Schools Superintendent Anthony Hamlet, as relayed by the Post-Gazette. “Policies were not followed by the schools administrators to ensure a climate free from bullying and harassment, and as a result people were offended in our home. We have a moral obligation to teach our children, and we will make this a teachable moment to instill the core values of respect and dignity for all.”

While the message may go some way toward easing any residual tensions between the two districts and schools, at least some Pittsburgh parents were willing to back off their criticism of the West Virginia school district.

“The use of the current President’s name is an intentional signal to opponents that they are in ‘Trump’ territory — and that has real meaning, especially for our Black children in this moment,” Pittsburgh Public parent Jessie Ramey write to Shute. “… I am appalled that the adults in your school district not only approved of this sign, but are actively celebrating it, making it the featured photograph on the official school team Twitter page. This is what racism in America looks like today.” 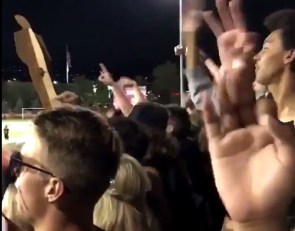 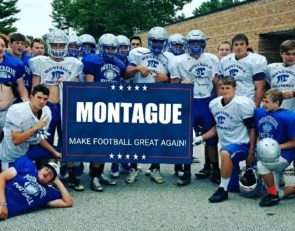 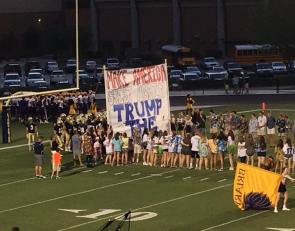