Two Southern Indiana teams’ postseason paths are set to cross at the Class 1A Loogootee Regional on Saturday.

New Washington’s Sectional 62 championship was its fifth overall and the first in 16 years, dating back to the program’s only regional title-winning team. Coach Jonathan May played for the Mustangs in 2000 when they claimed their third crown.

The Mustangs went 12-for-18 from beyond the arc in their regular-season win over West Washington. Senators coach Sean Smith, a former standout himself during his playing years at Eastern Pekin, said that defensive effort won’t cut it come Saturday.

“The first time around, we found ourselves in an 11-point deficit at the end of the first quarter,” Smith said. “New Washington moved the ball well and shot the ball extremely well. We didn’t defend well at all, our energy level was very poor, and we didn’t execute offensively. … New Washington has a solid team. They have good guard play, multiple shooters, size inside and their core unit is playing really well together right now.”

West Washington is 10-2 since its setback at New Washington The senior-laden Senators survived a couple “dog fights,” Smith said, to begin postseason play before cruising to a sectional title over host Borden this past weekend.

“This team has had to persevere at times this year,” Smith said, “but to their credit, we are still alive and playing. We have often taken other teams’ best shots and faced pressure and adversity, but we’re good at finding ways to win.”

For New Washington, May said, it all starts with 6-foot-8 center Stevie Mack alongside fellow seniors Caleb Ellison, Hunter Lind, Zach Moore and Brandon Horton. The Mustangs fell to 8-7 after a loss at Henryville on Jan. 13, but New Washington has won 10 of 12 since, including the win over the Senators.

The Mustangs are capable shooters, but May said the team’s increased emphasis on defense and its willingness to work the ball inside have spearheaded New Washington’s string of success. The Mustangs’ average margin of victory has reached 12.8 points during its 10-2 stretch.

With a win Saturday morning, West Washington or New Washington, both receiving votes in the final Class 1A AP poll, will advance to the regional championship versus No. 5 Wood Memorial (21-5) or Loogootee (21-7).

The last time the Mustangs advanced to a regional semifinal, a year after May’s graduation in 2000, New Washington eventually captured its prized regional title. The Mustangs hope to replicate that success in their latest trip.

“I know a sectional win is big for us,” Mack said, “but we’re not done. We’re not done. We want to put more than just a sectional championship up there. We want to be the team to really show that we’ve got it, that we’re a family. … The principles that we have here are the principles that will set us up for the rest of our lives. It’s not just about being a Mustang, it’s about being a family.”

Top stories around the Courier-Journal

► No plans for Trump in Louisville, White House source says

► Man with bizarre past charged in overdose

► ON THE GO? Download the CJ app for iPhone, Android and iPad 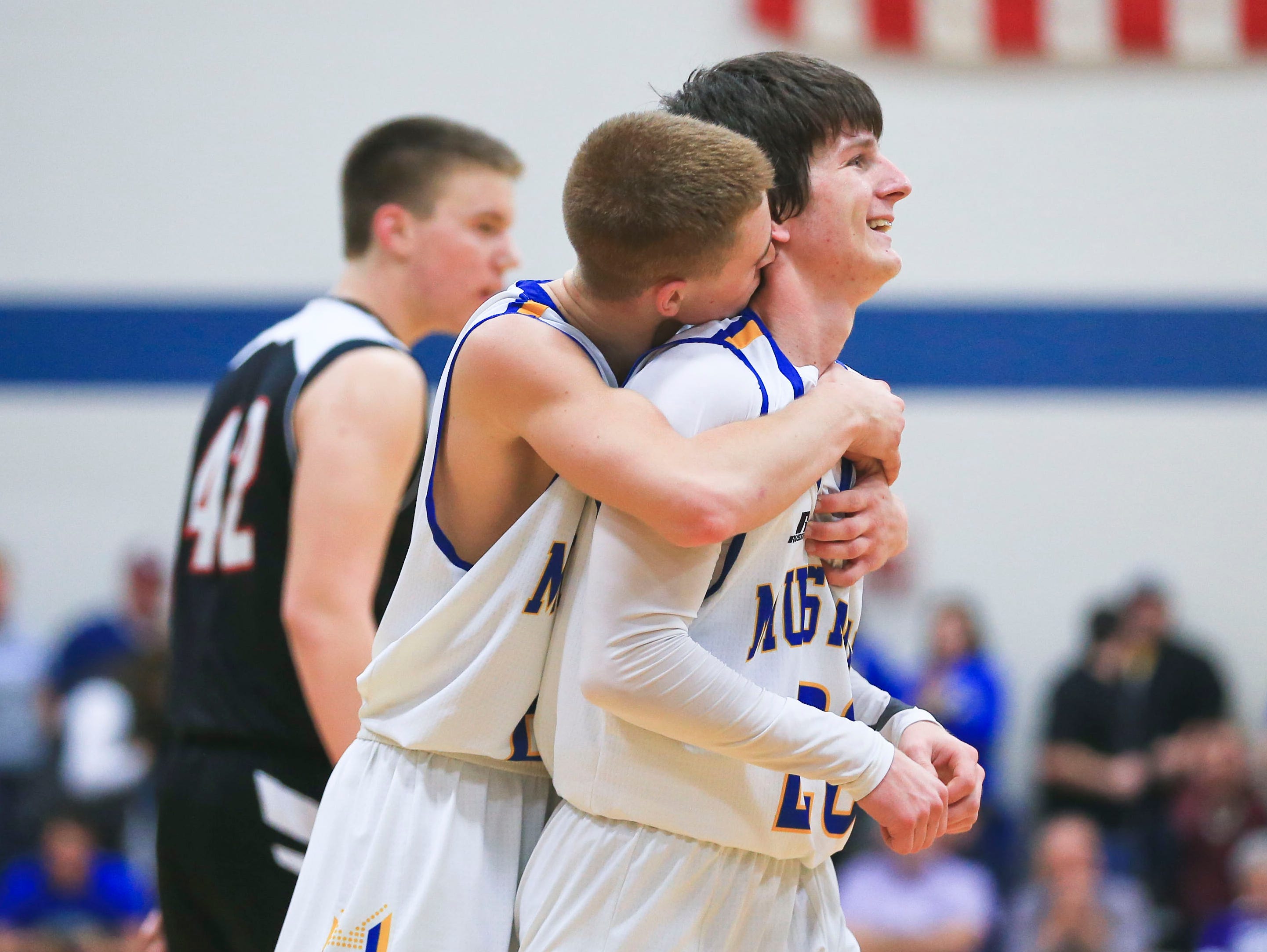 https://usatodayhss.com/2017/west-washington-new-washington-to-clash-at-loogootee-regional
West Washington, New Washington to clash at Loogootee Regional
I found this story on USA TODAY High School Sports and wanted to share it with you: %link% For more high school stories, stats and videos, visit http://usatodayhss.com.