What to watch in gymnastics state championships

What to watch in gymnastics state championships

Rockford, which won titles the past two seasons while combining with Sparta, should contend again with returning balance beam state champion Nicole Coughlin. Rockford, no longer unified with Sparta, had the best team score among the four regionals last week with 147.8. Farmington  posted 146.225 and won two regular-season events over Rockford, at the Canton Invitational and Rockford’s Flip-Flop tournament.

Canton, the 2014 state champion, won its regional for the eighth consecutive year, and it placed second to Farmington at its own invitational while finishing ahead of Rockford.

Can team win it all with only Div. 2 members?

It’s possible, and Farmington might have the horsepower to do it. Jacquelyn Farquhar and Elisa Bills took first and second, respectively, over an 18-team field in the Div. 2 all-around at the Canton Invitational. The teammates then flipped places at regionals, with Bills taking first and Farquhar runner-up.

Their consistency could make Farmington a contender in the team championship. Gymnastics is a uniquely scored sport in that scores count toward one overall team winner, regardless if the gymnasts compete individually in Div. 1 or 2.  If a gymnast ever reached Level 8 or higher in club gymnastics (AAU or USAG) competition, they must be classified as Div. 1. All other gymnasts can choose to compete in Div. 1 or Div. 2 as an individual.

Who to watch in the all-around?

Some coaches consider Brighton’s Courtney Casper a contender in Div. 1. She and Rockford’s Coughlin tied for second behind all-around winner Isabelle Nguyen of Grosse Pointe at the Canton Invitational.

“People who have seen her are pretty impressed with what she can do; she makes it seem easy,” Brighton coach Nancy Gregory said of Casper.

Both Divisions are wide open after the graduations of Div. 1 champ Rachel Hogan of Grand Ledge and Div. 2 winner Brianna Rhoad of Livonia Blue. Farmington’s Bills and Farquhar are expected to contend.

Coughlin is the only Div. 1 gymnast returning to defend and individual title, scoring 9.650 to win the the beam last season.

Jessica Weak of Livonia Blue returns after winning the Div. 2 uneven bars, though she fell to Grace Jankowski of Northville in the event at regionals this season. Weak did  win her regional on the vault.

Howell’s Alyssa Walker won the Div. 2 beam state title last year but has been slowed by injuries this season. She has moved closer to form lately, winning her regional on the beam. Howell’s Kacy Wolfram is the defending vault champion but has not competed this season because of injury.

Div. 1 regional winners were Coughlin and Casper, plus Saydee Viau of Livonia Red and Brianne Smith of Port Huron.

Names to know on vault

Conway and McCallum tied that their regional.

In Div. 2 watch for regional winners: Weak and Bills the lead Div. 2 pack, along with Forest Hills’ Lydia Bouma and Howell’s Taylor Gillespie.

Coughlin, Casper, Faber and Nguyen were the Div. 1 regional winners.

Canton High School gymnast Katherine Najduk, attempting a vault, is among the athletes competing in the 2017 MHSAA gymnastics state championships.

Canton High School gymnast and vaulter Katherine Najduk is among the athletes competing in the 2017 MHSAA gymnastics state championships. 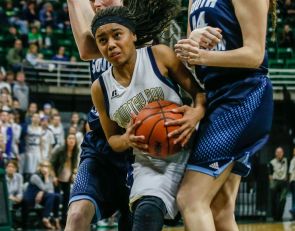 What to watch in girls basketball state quarterfinals 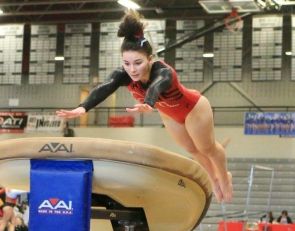 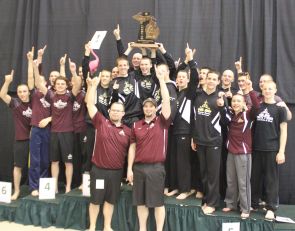