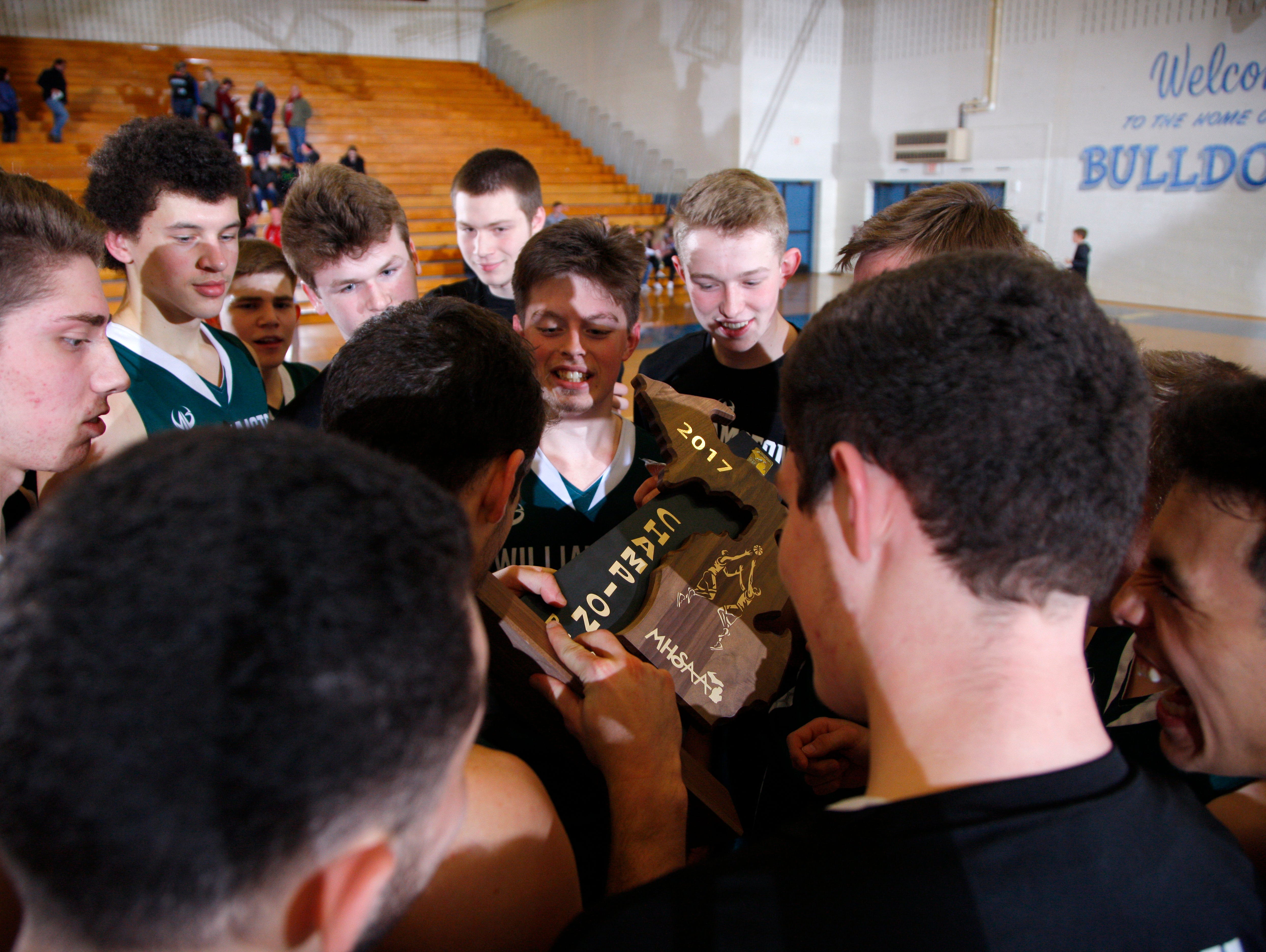 IONIA — The Williamston boys basketball team was no longer a surprise entering the high school basketball tournament. The Hornets hit everyone’s radar last season after making a run to Michigan State’s Breslin Center, knocking off some of the state’s top teams in the process.

This time around, there was a target on Williamston’s back as it tried to make its way back to the sport’s final weekend. And all the Hornets have done is answer the call.

On Wednesday night, Williamston moved one step closer to returning to the Breslin Center after topping CAAC White foe Portland, 51-40, at Ionia High School for their second straight Class B regional title.

“We were going into districts, and we knew we had a target on our back,” said junior guard Cole Kleiver. “We’ve just been getting ready for this, building the team up. We’re playing perfect right now.”

The Hornets (21-4) haven’t captured two consecutive regional championships since the 1992-93 seasons, when they were in Class C.

Williamston will look to advance to the state semifinals when it takes on No. 2-ranked River Rouge in Tuesday’s quarterfinal matchup at Chelsea High School. The Hornets topped the Panthers, 53-46, to be a final four team last year.

Kleiver scored nine of his game-high 30 points in the first eight minutes of Wednesday’s game to help Williamston take a 15-4 lead into the second quarter. The CAAC White champion Hornets went into halftime leading the Raiders, 26-13.

However, Portland, which finished third in the CAAC White this season, made the contest interesting with a 9-0 run to start the second half. Senior forward Brett Patrick scored seven of his team-high 16 points during the stretch, as he helped the Raiders (11-13) cut their deficit to four within five minutes.

“We were down more (at halftime) Monday,” said Patrick, whose team earned a trip to the regional final by erasing a 17-point halftime deficit against Olivet. “We were like, ‘We’re only down 13 now, and we were down 17 then. We can do this.'”

Williamston guard Frankie Toomey hit a free throw with 2:59 left in the third quarter to give his team its first point of the second half. From there, the Hornets ended the third quarter on a 9-3 run. Williamston was able to put the game away early in the fourth when five straight points from sophomore forward Sean Cobb sparked an 8-0 run.

Portland, which captured its second straight district title last week, entered the win-or-go-home stage having dropped six of its last seven regular season games. It was the first regional championship appearance for the program in the eight-year tenure of coach Dave Pettit.

“We consider it a success,” Patrick said. “Obviously, we’d want to hold the trophy tonight. …We went 8-12, went back-to-back with the district title, and made it to the regional title game.” 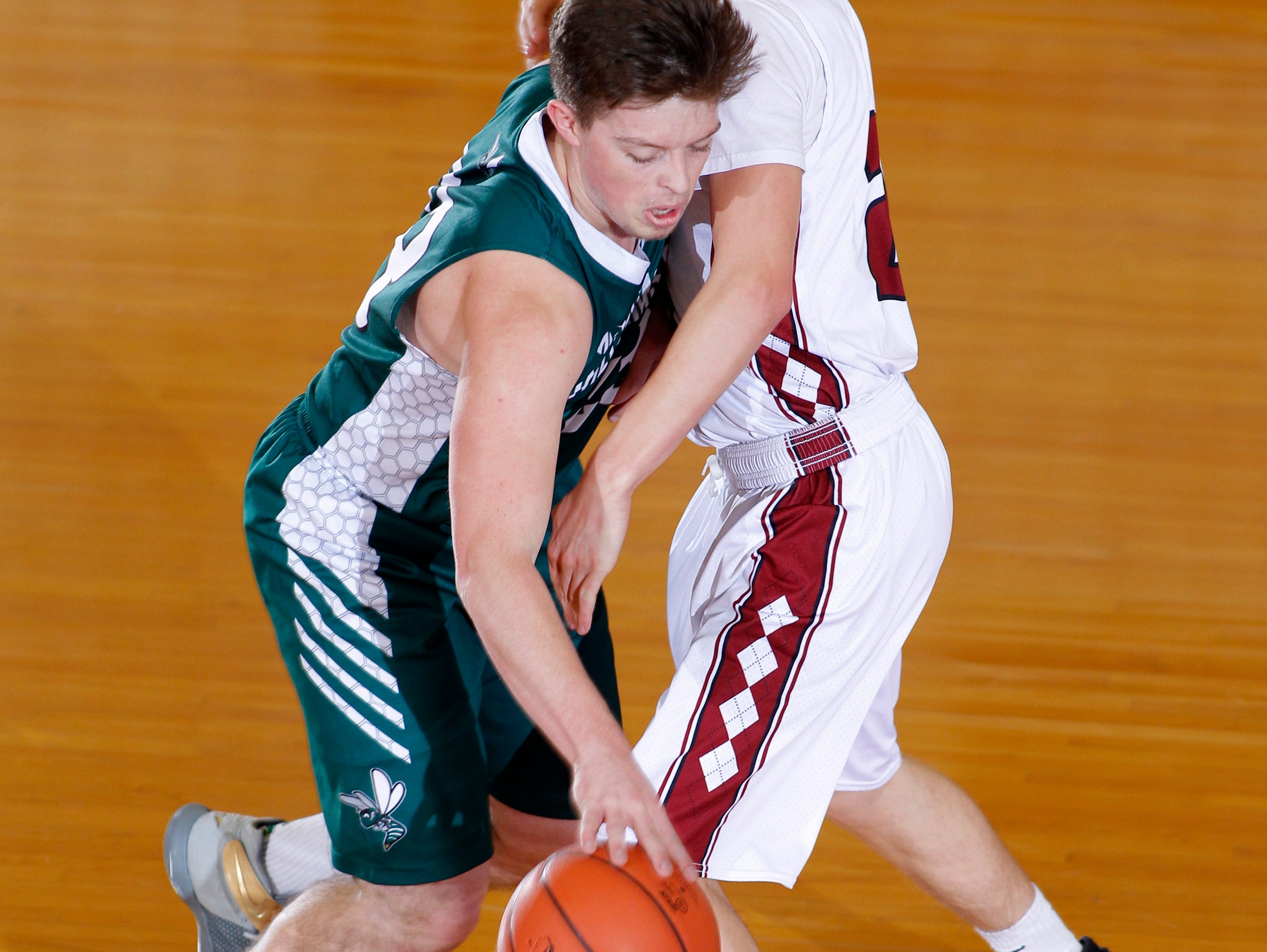 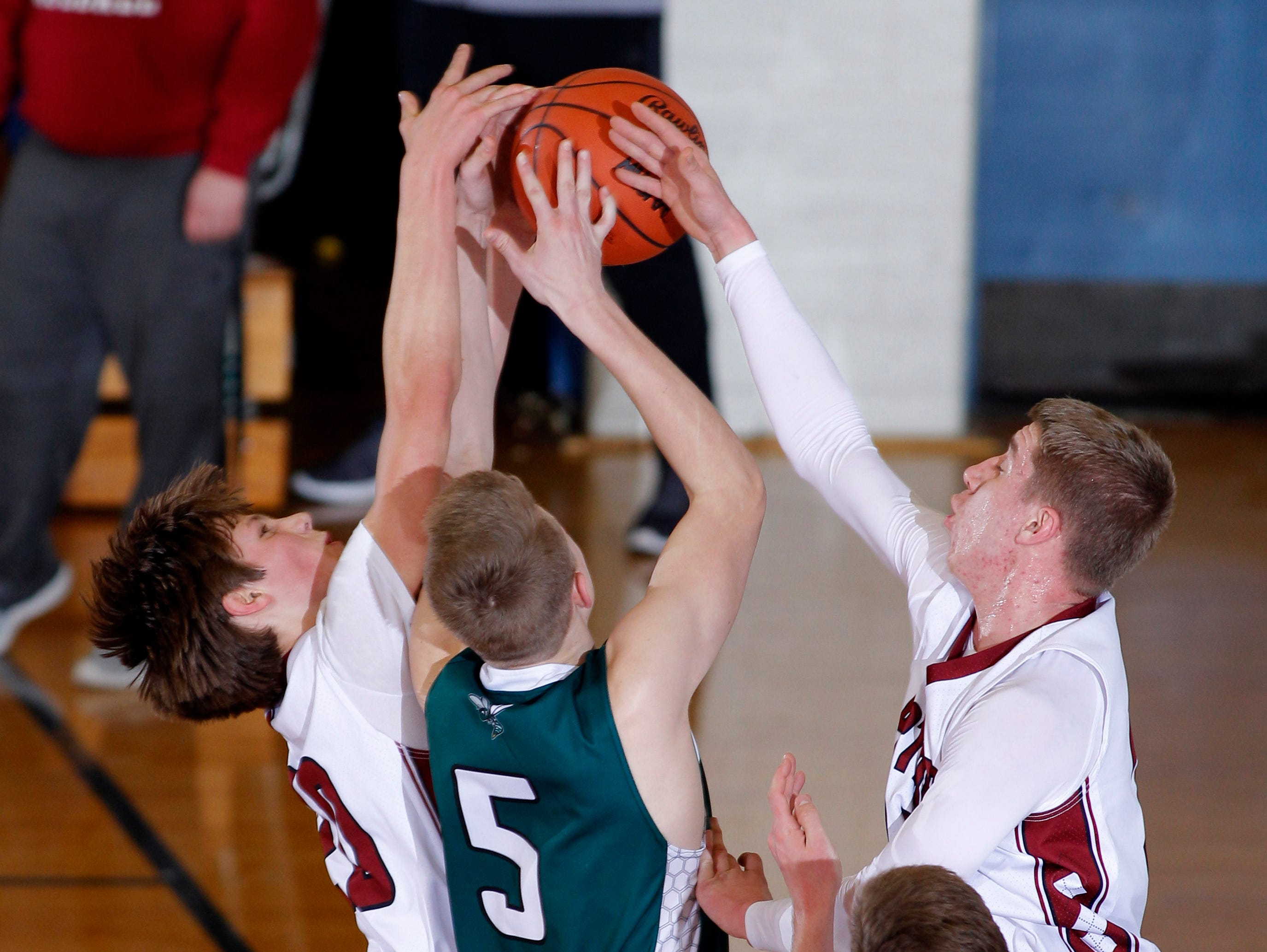 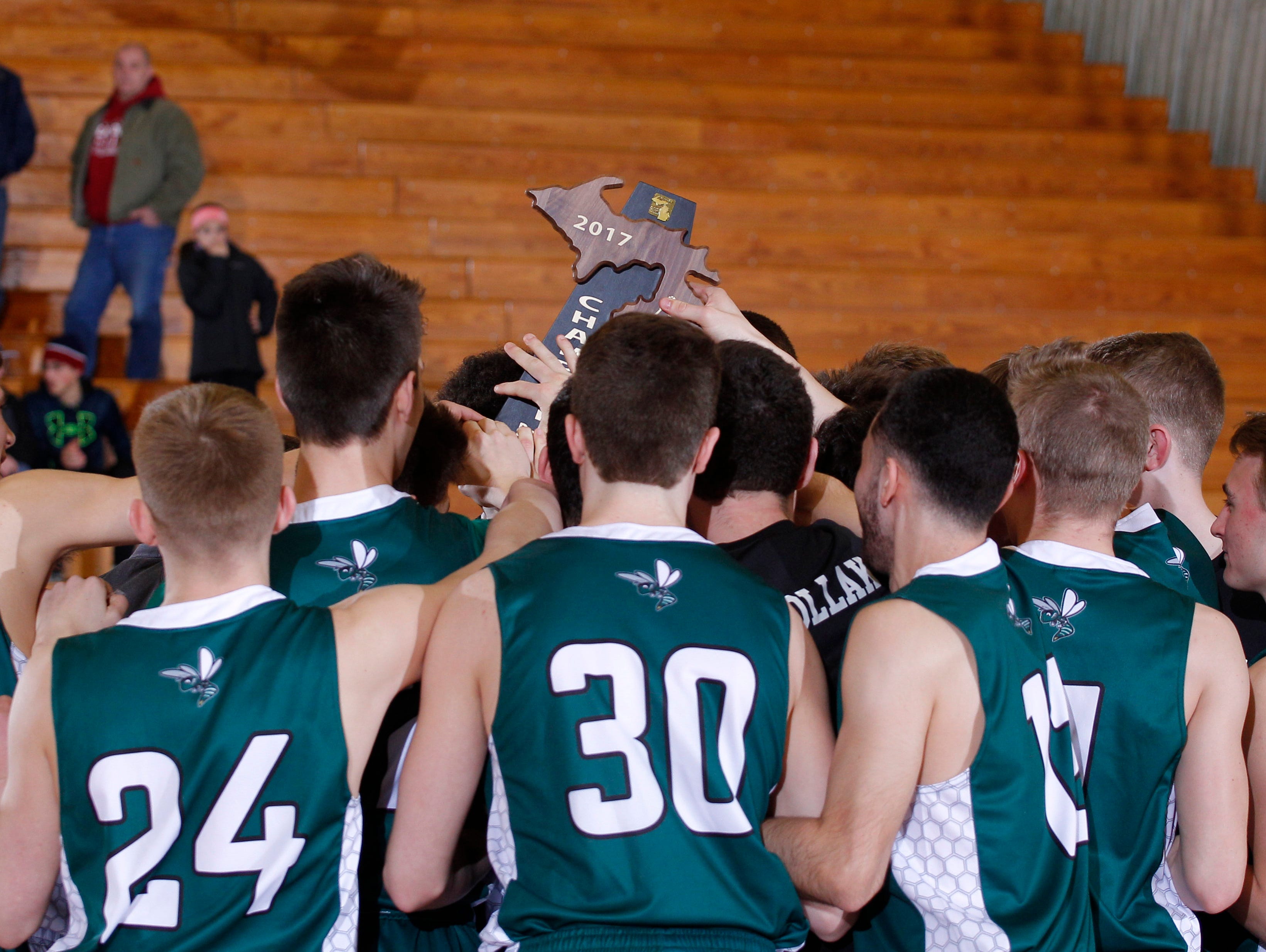 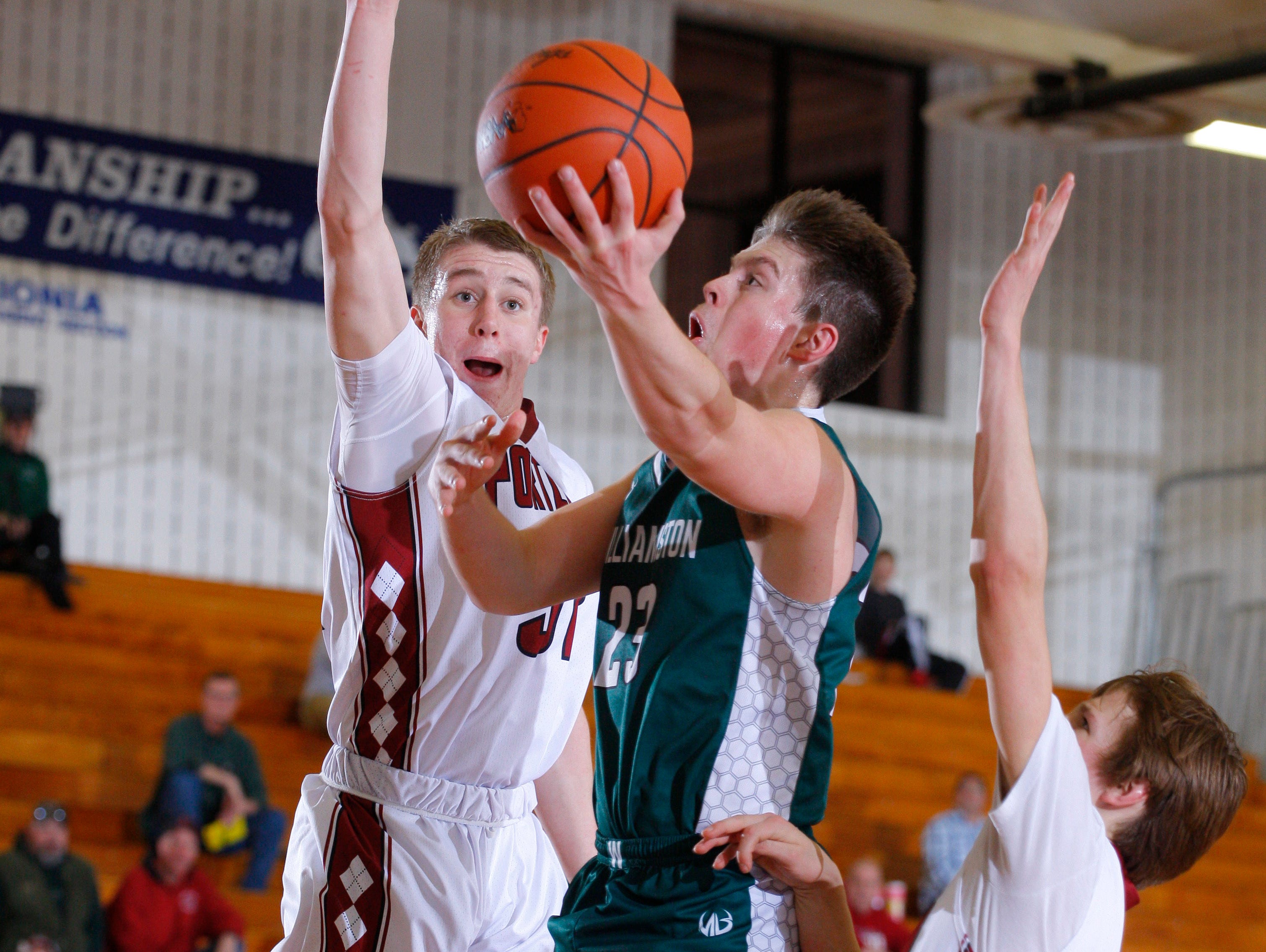