Markeif White stood undaunted and smiled occasionally. Minutes before, the Winton Woods (Ohio) senior outside linebacker won the biggest football game of his life. Hours before that came his biggest tragedy: his mother died.

White will compete for the program’s first Division II state title since 2009 on Thursday night. Last Friday night, Nov. 24, following his mother’s death, White and the Warriors went from trailing 21-0 to 56-unanswered points against Massillon Washington, earning a trip to the state championship game.

“I couldn’t have done it,” said Winton Woods head coach Andre Parker about White playing after his mother’s death. She was 42. “He played with passion.”

Parker said White’s mom had been sick for four years and increasingly so in the past two. Needing a double lung transplant, she was atop the donor list until she got a disease in her lungs. She was removed from the list with no transplants.

Eventually, the family decided it was best to pull the plug and end the four years of sickness.

“I’ve never seen a kid in high school (handle his grief that well); he handled it better than I did,” Parker said of White. “We went up Tuesday and we said our goodbyes and he went back Thursday.”

The next day, White was arguably the unsung hero of Winton Wood’s defense in the first half. After Massillon Washington scored 21 points in the first quarter, the Warriors never allowed another point and forced three turnovers.

After the game, White was humble and spoke slowly, contemplating every word.

“I lost my mother today,” he said. “To come out and play for her, it was a blessing. … I feel great. I feel relieved.”

White isn’t the only Warrior facing adversity this season. Right before the team’s final regular game, a 35-14 win over Moeller, a junior on the team was diagnosed with Hodgkin’s Lymphoma.

A Warriors win would be the program’s first since Parker was a defensive coordinator with the team. He became the head coach the following season. As for White, he thought last Friday’s win furthered their momentum and is excited to be a game away from a championship.

“We wanna bring one home for the city,” he said. “So that’s what we’re gonna do.”

For more, visit the Cincinnati Enquirer 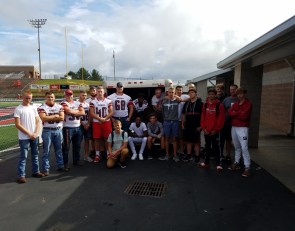 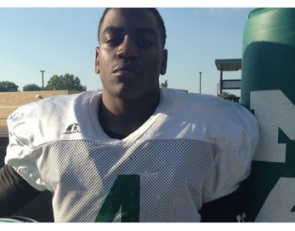 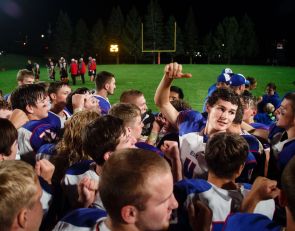 Led by her brother, a team -- and a town -- tries to return to normal in aftermath of Mollie Tibbetts' death