Undefeated Wisconsin’s biggest win of the season thus far — Saturday’s 24-10 victory against Michigan — brought around another victory on the recruiting trail … and it came from Michigan, too.

As announced publicly on his Twitter account, four-star offensive tackle Logan Brown from East Kentwood High in Grand Rapids, Mich. committed to Wisconsin Sunday morning. He chose the Badgers ahead of scholarship offers from a number of the nation’s top programs, including Alabama, Michigan, Michigan State, Penn State, Pitt and a handful of others.

Brown was at Wisconsin’s victory Saturday and allegedly informed the Wisconsin coaching staff after the win that he intended to come to Madison. He posted his commitment publicly Sunday morning.

Brown is the highest-rated current member of Wisconsin’s Class of 2018 and one of the school’s most sought after targets. He could see time on the field as a freshman depending on his development and developments with other upperclassmen.

For now he still has the remainder of his senior year in school ahead of him, even if his high school football career has officially come to a close. 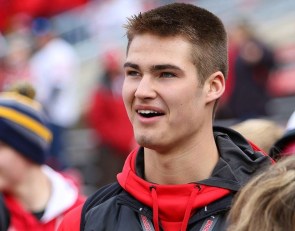 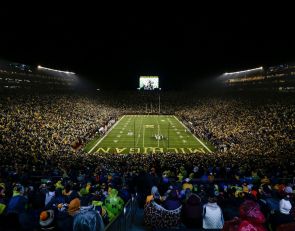 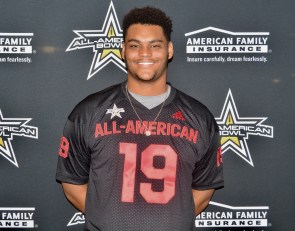