EAST LANSING — When they weren’t watching Michigan State beat Michigan on the court, all eyes in the Breslin Center stands Sunday were focused on highly touted recruit Brian Bowen.

Many missed Greg Elliott. But Tom Izzo has been watching the East English Village High senior a lot lately, so much so that Michigan State offered him a scholarship Sunday.

Elliott, who had 42 points and 10 rebounds Friday against Detroit Edison with Izzo in attendance, tweeted about his offer after the Spartans’ 70-62 victory over the Wolverines. The 6-foot-4 shooting guard has an offer from Marquette and reportedly has been getting attention from Detroit Mercy. He also recently scored 46 points against Flint Beecher and 48 against Detroit Pershing.

The Spartans don’t have any guards in their 2017 class yet, with big men Jaren Jackson Jr. and Xavier Tillman the only signees thus far. Both were in the stands cajoling Bowen, the Saginaw native and Jackson’s teammate at La Lumiere School in La Porte, Ind.

Bowen is a five-star, 6-7 forward ranked No. 12 in the nation by ESPN, No. 16 by 247Sports.com and No. 19 by both Rivals.com and Scout.com. He has taken official trips to Arizona, Creighton, North Carolina State and Texas. He did not take one to his other finalist, UCLA, and is expected to announce his decision soon.

During time-outs in Sunday’s game, MSU fans twice started chanting his name. The first — “We want Tugs!” — drew a smile and a point in the first half. Jackson was in Bowen’s ear during the second — “We want Bowen!” — during which Bowen raised both arms in the air to acknowledge the fans.

The Spartans, who are also pursuing San Diego big man Brandon McCoy, could lose as many as six players next season or as few as three. Eron Harris, Alvin Ellis and Matt Van Dyk all will graduate with expiring eligibility. Gavin Schilling (knee) could apply for a fifth-year medical redshirt, and fellow 6-9 forward Ben Carter (knee) also could petition the NCAA for a sixth-year waiver. Forward Miles Bridges, who is a first-round pick in early NBA mock drafts, could leave for the NBA after his freshman season.

Freshman Miles Bridges focused on MSU, not past in Flint or NBA future 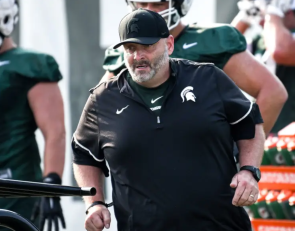 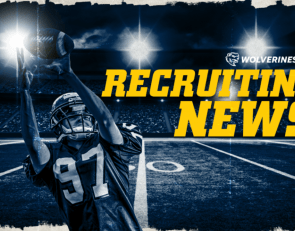 https://usatodayhss.com/2017/with-brian-bowen-visiting-msu-offers-greg-elliott-a-scholarship
With Brian Bowen visiting, MSU offers Greg Elliott a scholarship
I found this story on USA TODAY High School Sports and wanted to share it with you: %link% For more high school stories, stats and videos, visit http://usatodayhss.com.