Indiana lost to Ohio State in football for the 22nd consecutive time on Saturday, but the Hoosiers were able to flip a top in-state recruit from the Buckeyes.

Avon senior running back Sampson James, a four-star recruit on the 247sports national composite rankings, pulled his commitment from Ohio State on Sunday. About two hours after Avon coach Mark Bless said James was “highly interested” in Indiana, James officially posted his decision to commit to IU on his Twitter page.

“First of all I want to thank God for the ability to play the game of football,” James wrote. “It has been a crazy process and I just want to thank my family, friends and all of the coaches that believed in me as a player and a young man. With that being said I will be decommitting from Ohio State and committing to The Indiana University. Excited for an opportunity to become a part of a great program.”

James is considered the No. 3 in-state prospect on the 247 list. West Lafayette lineman George Karlaftis, a Purdue recruit, is No. 1 and Warren Central wide receiver David Bell is No. 2. Bell is uncommitted, but has Indiana and Purdue in his top five, along with Iowa, Ohio State and Penn State.

He had offers from Clemson, Georgia, and Tennessee. He picked . . . Memphis? 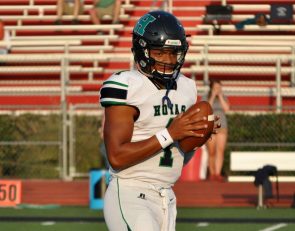 https://usatodayhss.com/2018/4-star-rb-sampson-james-flips-commitment-from-ohio-state-to-indiana
4-Star RB Sampson James flips commitment from Ohio State to Indiana
I found this story on USA TODAY High School Sports and wanted to share it with you: %link% For more high school stories, stats and videos, visit http://usatodayhss.com.