ALL-USA Watch: Katelyn Tuohy coasts to another appearance at Nationals

ALL-USA Watch: Katelyn Tuohy coasts to another appearance at Nationals

WAPPINGERS FALLS, N.Y. – Just 300 yards into her 3.1-mile race Saturday, Katelyn Tuohy glanced a few times over her shoulder, a look of concern on her face.

A very unnecessary look of concern, as it turned out.

That came as she saw Olympic 1,500-meter gold medalist Matthew Centrowitz Jr. holding the Nike Cross New York Championship finish-line tape as she broke through it.

That smile morphed into a grin after Centrowitz signed the tape for her.

That, she said, was “pretty cool.”

There are some perks to being the top female high school runner in the country.

Tuohy’s easy win at Bowdoin Park Saturday (she finished in 17:14, more than 40 seconds ahead of runner-up Claire Walters of Fayetteville-Manlius) sends her back to defend her national title next Saturday at the Nike Cross Nationals in Oregon.

Read the rest of the story in The Journal News 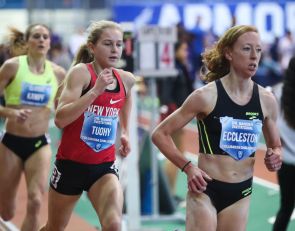 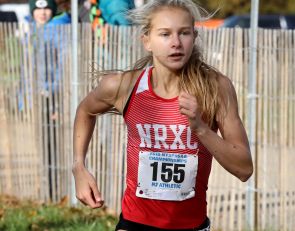 https://usatodayhss.com/2018/all-usa-watch-katelyn-tuohy-coasts-to-another-appearance-at-nationals
ALL-USA Watch: Katelyn Tuohy coasts to another appearance at Nationals
I found this story on USA TODAY High School Sports and wanted to share it with you: %link% For more high school stories, stats and videos, visit http://usatodayhss.com.