Ashton Hagans on potential Kentucky offer: 'It would mean a lot'

Ashton Hagans on potential Kentucky offer: 'It would mean a lot'

ATLANTA — The best 2019 point guard in the country showed up Monday at the McDonald’s All-American jam fest and skills competitions.

He scanned the participants and said he felt like he could compete. The 6-foot-4-inch, five-star from Covington, Ga., might not ever play in the event, though. Not if he re-classifies and begins his college career early this fall.

The one-time University of Georgia commitment can’t comment on that due to plans to participate in AAU events this summer.

But the No. 8 overall junior in the country did admit there’s an offer he wants to earn soon: from Kentucky and coach John Calipari.

He said that “would be a blessing.

“It would mean a lot. Coach Cal has sent a lot of one and done players to the NBA, so an offer from him would mean he sees something in my game.”

Recent history explains why the Wildcats might get involved and recruit Hagans to join them next season. Shai Gilgeous-Alexander emerged last season as a drive-first, defensive-minded lead guard to lead Kentucky. He ran the point and moved former five-star point guard Quade Green to a role predominately playing off the ball.

Gilgeous-Alexander is a projected first-round NBA draft pick and could soon announce intentions to leave school. That would open a spot and need for a player like Hagans, a point guard in the mold of recent WIldcats’ stars De’Aaron Fox and Gilgeous-Alexander.

Quickley said at McDonald’s All-American practice Monday he would be comfortable in a role on or off the ball.

“I’m comfortable pretty much doing anything,” said the 6-foot-3 native of Bel Air, Md. “Handling the ball, playing off the ball and getting to the rim and finding guys. That’s pretty much what my game is about: versatility and coming and doing anything to help the team win.”

Quickley and Hagans played against each other last summer and spent time together at Adidas Nations. Hagans and Johnson became friends when Hagans briefly flirted with playing for Virginia prep powerhouse Oak Hill Academy, where Johnson starred this season.

“Ashton is a dog,” Johnson said. “He gets down, plays defense and is a very physical guard.”

Kentucky has yet to communicate with Hagans’ family, but the Wildcats’ staff has expressed interest through Hagans’ AAU coach Chris Williams. Other schools, especially UGA and new coach Tom Crean, have made Hagans a top priority. Crean coached Hagans during an Adidas Nation event last summer and quickly reached out to the family earlier this month after he took over the Bulldogs’ program.

“Georgia is talking to him all the time,” said Hagans’ father Marvin.

Auburn, South Carolina, Florida State, Georgia Tech are among the schools Hagans said were recruiting him the hardest.

Despite everything left to settle, Johnson said Hagans joining him at Kentucky next season was realistic.

“I think there’s a possibility,” Johnson said. “It could work out because Immanuel can really shoot the ball. We’ll just have to see how it goes. I feel like either way we’re in a great situation.” 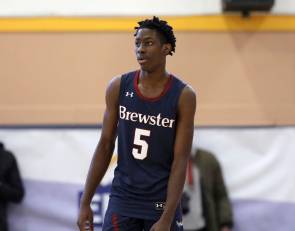 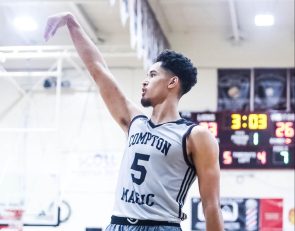 https://usatodayhss.com/2018/ashton-hagans-kentucky-basketball-offer
Ashton Hagans on potential Kentucky offer: 'It would mean a lot'
I found this story on USA TODAY High School Sports and wanted to share it with you: %link% For more high school stories, stats and videos, visit http://usatodayhss.com.