Can the basketball gym of a long-closed high school save a small Indiana town?

Can the basketball gym of a long-closed high school save a small Indiana town?

LAUREL, Ind.— The first time Joe Combes stood here, there was no here. Just gravel under his feet and sky over his head and a voice somewhere, a teacher at Laurel High School, saying: “This is where we’ll put the basketball gymnasium.” That was 1956.

The things that happen, the dominoes that fall, one knocking over another until pretty soon the only thing propping up a small, historic Indiana town is a basketball gym – well, you just never know. Standing on that gravel in 1956, looking at a whole lot of nothing, Joe Combes didn’t know he’d be on the Laurel varsity the following year as a sophomore, didn’t know he’d start at guard, didn’t know he’d score a single basket against Springfield in the 1957-58 season opener, the first basket in the history of that new gym.

Combes had no idea what was going to happen after that, how he’d stick around Laurel, the last living member of that 1957-58 starting five, how in a man’s lifetime he’d have to watch the closure of his high school, then his middle school. He didn’t know he’d be here in 2018 for the buzzards circling above the Laurel elementary school, the last school left.

“Rumor is, it’s gonna be gone someday,” Joe Combes, 76, is saying of the elementary school.

Gus Adams, a town council member and Laurel High School alumnus, poses for a picture inside the school-turned community center in Laurel, Ind., Wednesday, Sept. 19, 2018. “This is a home to people,” Adams said. “When you walk in here it’s like you have gone back home and I can’t describe the feeling of how wonderful it is.” (Photo: Jenna Watson/IndyStar)

Back in 1989, the Laurel school board wanted to tear down the high school after it consolidated with Brookville into Franklin County High. Men such as Joe Combes and Gus Adams and Delbert Spurlock, who played on the last Laurel team to win the Whitewater Valley Conference championship in 1964, stood in the way. The conference is gone, by the way. So are both schools from that 1964 title game. The dominoes that fell around here, they took down so much. And they’re not finished falling.

But the gym still stands, the hardwood floor gleaming, that latex smell coming from walls painted not so long ago in hues of red and white. This gym is historic and beautiful and so very Indiana, but it needs more work and the stakes are high. With its population shrinking and its businesses closing, Laurel is a town that doesn’t have much going for it.

But it has this gym.

A red truck, a Dodge, pulls up to the U.S. post office branch on Pearl Street. The older man who pops out, carrying a package and wearing a camouflage hat with the letters USA, he doesn’t turn off the truck’s engine. Or close its door. He comes back a few minutes later, gets in the running truck, leaves.

Laurel is that kind of town, small since 1816, when pioneers settled here and carved out the Whetzel Trace and then most of them left, using that trail to continue deeper into Central Indiana. From the beginning it was a gateway town, one that in more than 200 years has never seen its population break 1,000.

Views of Laurel, Ind., Wednesday, Sept. 19, 2018. After Laurel High School closed in 1989, one-third of the town moved away. In years since, the population has continued to decrease and many businesses have closed their doors. (Photo: Jenna Watson/IndyStar)

Laurel also is this kind of town: The kind that loved its high school basketball team. Back in the day, players walked to the gym for games with younger kids following in their wake. Townsfolk still talk about that 1985 team with its backcourt of Brad Spurlock – Delbert’s son – and Jimmy Mullins, who finished second in the state at 31.6 ppg. And about that night in 1979 when the Panthers won at Brookville for the first time in decades and came home to people cheering and car horns blaring and a bonfire burning at the Laurel dam.

Until 1957, Laurel didn’t have a gym. The Panthers played basketball, just never at home, not until principal Bud Potts hammered away at the town to help raise the money. Here was his pitch: A schoolhouse of a high school like Laurel risked consolidation without a gym. Irony, you call that.

The gym they built, where West Baltimore Street runs into Clay, was a thing of beauty. Redbrick-lined stage at the far end, two gigantic Panthers painted on walls, railings made of brass and bleachers made of rich brown wood. When the school closed in 1989 and the board wanted to tear it down to avoid future liability claims, Spurlock and Co. convinced the board to sell it to the town – Spurlock has been the township trustee since 1982, Combes is on the advisory board and Gus Adams on the council – and then lease it to a newly created corporation, Laurel Community Center Inc., which would assume any liability.

I’m asking these men: Why? Why go to such lengths to save a gym whose school is already gone?

“The gym a source of pride for the whole town. Especially the older folks,” Combes says.

Spurlock, 70, lives a short walk away on Spurlock Lane, where all three homes are owned by family members, and he has a key to the gym. He retired in 2004 after 38 years at the Visteon plant in Connersville – the plant closed in 2007; another domino that fell – but the gym keeps him busy. Opening it for guests, cleaning up, sweeping the floor, you name it.

“Every day,” he says, when I ask how often he steps inside this gym.

But a man can do only so much. He can’t keep the paint from fading, the windows from cracking, the occasional kid from getting the idea to make mischief with a rock or can of spray paint. A few years ago Gus Adams was getting the gym ready for one of its busiest events, his Hoop Busters camp for local kids, when he tried to open a window. He opened it, all right: The window pane fell out, dropping 30 feet to its demise.

One hoop at the gymnasium is supported by duct-taped beams. (Photo: Jenna Watson/IndyStar)

In 2016 the Brookville Foundation kicked in $41,000 for paint, windows and a security camera, but keeping this gym what it is, making it what it needs to be, will cost more. One of the two glass backboards hanging from the ceiling is supported by two cords connected to the stage; this gym needs one of those retractable baskets, but those aren’t cheap. Neither are two new doors the gym needs, or the air-conditioning it’s never had.

Get this gym into playing shape, is the hope around here, and maybe they can attract a high school game every year. Like Knightstown, which has the Hoosiers Reunion All-Star Classic every year in its beautiful but mostly unused gym. Sell some tickets and popcorn. Make some money. And remind the younger folks around Laurel – show them – there once was something special here.

Most of downtown Laurel has boards or bars in its windows. For sale signs. Fireworks, for a limited time only. Above the door of the Long Branch Tavern is a poster advertising the eighth annual “BrokeAss BikerFest.” It’s a motorcycle tour of southeast Indiana. It was six weeks ago.

Homes nearby are a mixture of historic and beautiful, or mobile and depressing – more of the latter. The median household income here is barely half the $52,000 state average: $29,000.

“After the school left,” Joe Combes says, “it’s been pretty much downhill.”

The former Laurel High School, which closed in 1989, is now a public basketball gymnasium and community center as seen in Laurel, Ind., Wednesday, Sept. 19, 2018. As Laurel’s livelihood dwindles, the gymnasium is a piece of history and symbol of hope for community members who have fought to maintain it. (Photo: Jenna Watson/IndyStar)

Spurlock and Combes and Adams are naming some nearby towns that lost their high schools, and their gyms: Alquina and Milroy. New Salem. Harrisburg. And they’re talking about what happened to those towns next.

Laurel lost its middle school two years ago and its elementary school could be next, in part because Laurel is starting to dry up, in part because the surrounding areas are faring little better. The Franklin County Community School Corporation reported a loss of almost 500 students – one-sixth of its enrollment – from 2006-2016, and projects more of the same over the coming decade. That translates to a loss of nearly $4.5 million in government funding, according to WSCH-99.3 FM in southeast Indiana.

Maybe the spectacular Laurel gym won’t be enough to prevent what has happened to other small owns from happening here. But maybe it will be enough, and besides, it’s Laurel’s last hope. The town is trying, believe me, renting old classrooms to a Head Start Center and then a community mental health center, both of which moved to the big city: Brookville, population 2,595.

The school cafeteria, which still has the original gas stove and kitchen sink operated by gears, hosts wedding receptions and baby showers and birthday parties. Also memorial services, but the town doesn’t charge for that. A church rents the old science classroom for bible school and the town threw in another classroom, where the pastor set up a workout facility in front of the chalkboard: one bench, its pad cracking; a battery-powered treadmill; and a stuffed heavy bag whose insides are trying desperately to get out.

Let’s see, what else: Senior citizen meetings. Daycare. A woman in town, an eBay trader, rents three rooms to store her stuff. Since the makeover began in 2016, usage of the gym has doubled to several days a week, and most weekends.

And they play basketball here: Kids for $2. Large groups for $15 an hour, minimum two hours. Gus Adams, 61, lives in the house next door – his son, Joe, had a key to the gym as a kid, played at Earlham College and coaches the Franklin County girls now – and enjoys watching others get their first look at Laurel’s gym.

“Walk in these doors,” he says, “and you walk back in time.”

Time marches on, and it is not in a good mood. All around the surrounding area, towns are drying up. It is the future of rural Indiana and it is coming for Laurel, once a gateway to Central Indiana, now another door time is trying to close. 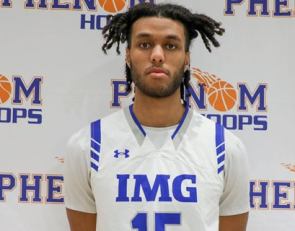 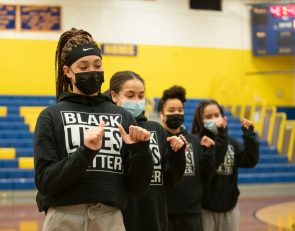 https://usatodayhss.com/2018/can-the-basketball-gym-of-a-long-closed-high-school-save-a-small-indiana-town
Can the basketball gym of a long-closed high school save a small Indiana town?
I found this story on USA TODAY High School Sports and wanted to share it with you: %link% For more high school stories, stats and videos, visit http://usatodayhss.com.