INDIANAPOLIS – With the team title a foregone conclusion, Carmel swimmers Trude Rothrock and Kelly Pash could concentrate on having a perfect day, individually.

“I’m happy to end my high school career with a meet like this,” said Rothrock, a University of Tennessee recruit. “I’m so happy with this.” 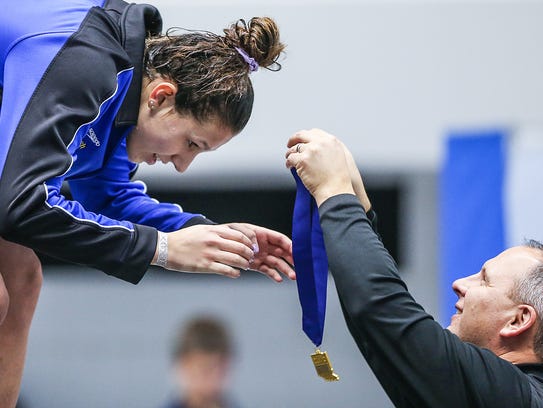 The performances by the Carmel duo helped coach Chris Plumb’s squad roll up 363 points, which beat runner-up Northridge’s 215. Hamilton Southeastern edged Franklin (165-163) for third, while Fishers rounded out the top five with 155 points.

The Carmel performances came on a day where Yorktown junior Emily Weiss set not only a state record, but a national mark in winning the 100 breaststroke. Weiss swam to a :58.4 time, passing the national mark of :58.56, set in 2015 by Lindsey Horejsi of Albert Lea, Minn.

She broke the state record of :59.25 which she set in Friday’s prelims. Weiss can become a four-time winner in the event next season.

“It was a crazy race,” Rothrock said. “I knew I would be behind with 50 (yards) left. (Weiss) is an unbelievable breaststroker, but I knew I could bring it home.”

The IM came after Rothrock, Pash and teammates Grace Pangburn and Grace Estabrook rallied for the win in the 200 medley relay. That foursome found itself in sixth place after the first two (backstroke and breaststroke) legs, but Rothrock (in the butterfly) and Pash (freestyle) pulled out the win in 1:42.31.

“That was a fun race,” Pash said. “It’s the first race and with all the energy in the crowd it really got us going.”

“I was a little nervous in that race, because I didn’t have a lot of time after the relay,” Pash said. “I’ve swam both races at the Junior Nationals but not in a high school meet.” 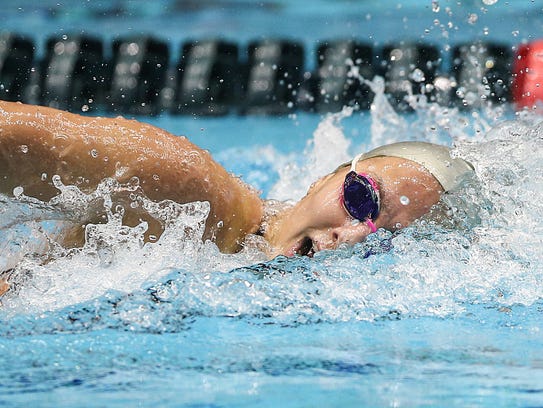 Rothrock and Pash finished the day by leading Carmel to an easy win in the 400 free relay, joining Pangburn and Ashlyn Underhill for a 3:21.78 time. That was 4.99 seconds ahead of second-place Northridge.