Vernon Carey Jr. is ready to upgrade the frontcourt of one college basketball’s most storied programs.

The University School (Fort Lauderdale, Fla.) star forward announced via his Twitter on Saturday that he would make his college decision on Dec. 6.

I will announce my college decision this Thursday, December 6🙏🏾

Carey, who is ranked No. 3 overall in USA Today Sports’ Chosen 25 for 2019, is down to Duke, Michigan State and North Carolina.

In October at USA Basketball Minicamp, Carey told USA Today Sports that he welcomes playing with another dominant big man.

“I think it would be great,” said Carey, who was named to the ALL-USA preseason boys basketball team. “I feel like I have the type of game that can play with anyone. So, yeah, I’d love it.”

Whoever lands Carey will add one of the country’s most versatile players; at 6-foot-10, Carey is a capable ball handler and playmaker with the ability to knockdown the perimeter jump shot and dominant in a variety of different ways in the low post.

Carey and the Sharks check in at No. 4 overall in the USA Today Super 25 rankings. 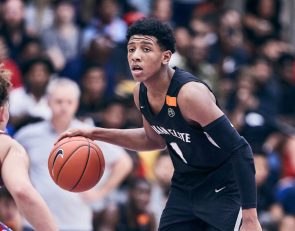 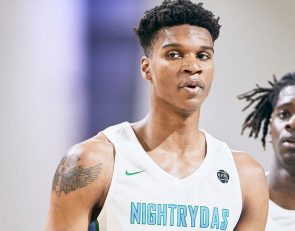 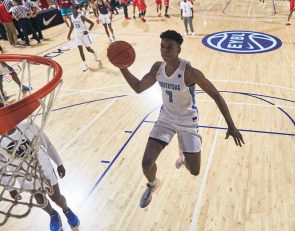