Class of 19: The 19 Names to know for the upcoming school year

Class of 19: The 19 Names to know for the upcoming school year

USA TODAY High School Sports is publishing a series called “The Class of 19,” highlighting 19 members of the Class of 2019 whom we will be watching in the coming year. The athletes were selected by the USA TODAY HSS staff. 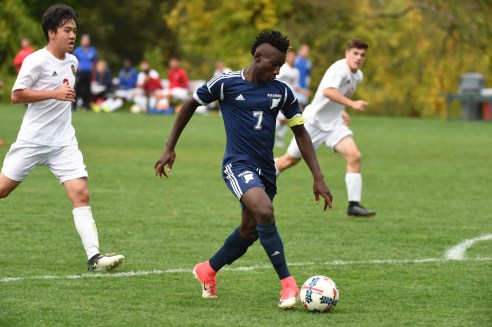 How do you sum up what Ousseni Bouda did for the Millbrook, N.Y.-based NEPSAC power in 2017?

We’re still thumbing through the thesaurus for the right adjectives to give a player with such fleet feet the proper justice. Some of the moves he pulls with regularity for the Mustangs are simply stupefying for a player of his age. They are as beautiful as they are cold-blooded:

Bouda was named to the ALL-USA First Team earlier this summer after a transcendent 2017 campaign in which he notched an astounding 49 goals in 18 games (accounting for more than 80 percent of his team’s scoring) to lead the Mustangs to the NEPSAC Class C Final. Over the past two seasons, the Burkina Faso native has 79 goals in 33 high school games; he already owns his school’s career scoring record (92).

A product of the Right to Dream Academy, which helps primarily Ghanaian-born players (with some exceptions) land at U.S. high schools, Bouda was also named the Gatorade National Boys Soccer Player of the Year after his landmark junior campaign.

“Ousseni Bouda is a rare combination of speed and skill,” Sheldon Shealer, High School Soccer Editor for TopDrawerSoccer.com, told Gatorade in a release for the award. “An elite attacker, he’s able to create space with incredible footwork on the ball, or he can simply run right past defenders. No doubt, he’s one of the most exciting and talented players to watch in the high school game.”

Just about the only thing left to add to the future Stanford Cardinal’s resume would be a NEPSAC title. But creativity of his kind is so rare among high school soccer players, that every one of his games figures to be appointment viewing this fall. 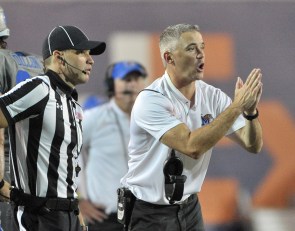 'Back ballin together:' Cole Mashburn commits to join brother at Memphis

https://usatodayhss.com/2018/class-of-19-the-19-names-to-know-for-the-upcoming-school-year
Class of 19: The 19 Names to know for the upcoming school year
I found this story on USA TODAY High School Sports and wanted to share it with you: %link% For more high school stories, stats and videos, visit http://usatodayhss.com.