Steve Gibble, Hunterdon Central (Flemington, N.J.) High School’s former Hall of Fame wrestling coach, has been “vindicated” by a school board vote to reject a bullying allegation filed against him four years ago.

After two full days of hearings, the board voted 7-2 on Nov. 17 to reject an allegation by former Superintendent of Schools Christine Steffner that Gibble, who compiled a 348-119 record during his 22 years as head coach and is a member of the New Jersey State Interscholastic Athletic Association’s Coaches Hall of Fame, committed bullying during a summer wrestling camp program in July 2014.

The hearing was a result of an Appellate Court decision that upheld a state Office of Administrative Law ruling, which concluded that the coach should have been afforded a hearing on the bullying charge as required by New Jersey’s Anti-Bullying Act.

The bullying charge led to his dismissal from the coaching position by the school board. Gibble then appealed the dismissal to the state Office of Administrative Law.

Gibble, still a social studies teacher at the school, also has a case pending in federal court against the school district. That case was stayed pending the school board hearing.

Steven Farsiou, Gibble’s attorney, said on Monday that he will be asking the federal court to re-open the case and will be amending the lawsuit.

Hunterdon Central has a policy of not commenting on pending litigation.

Despite the board’s decision, Farsiou said Gibble has suffered because of the initial allegation that lost him the wrestling job.

“You can’t put the toothpaste back into the tube,” Farsiou said, adding that Gibble’s reputation has been damaged and he has suffered financial loss and his health has been adversely affected.

“His reputation can not be restored,” the attorney said.

Farsiou said he was “very happy” that seven members of the board rejected the former superintendent’s allegation.

“They did the right thing.” he said.

The incident began in July 2014, when Gibble was serving as a volunteer coach at a wrestling camp hosted by the Rutgers University wrestling team at the school. A student, identified only by his initials, was one of 15 youths attending the camp.

On two occasions during the camp, Gibble stated to the student, in the presence others, that he hoped the student did not have access to any weapons or keys to a gun cabinet, according to the bullying complaint.

Gibble, Farsiou said, does not recall making the comment, but remembers making a light-hearted comment to get the student, an entering freshman, to relax and enjoy the camp.

According to court papers, the student, because he believed that Gibble thought he was crazy, called his parents and left the camp early.

Read the full story at My Central Jersey. 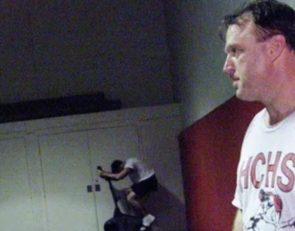 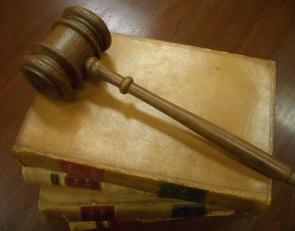 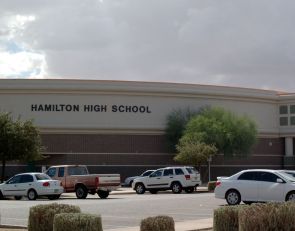