The Southeast Polk running back entered last season as arguably the state’s top sophomore football player, based on potential he showed in his eye-opening freshman season — which earned him four stars from 247Sports and an Iowa State offer.

He is a member of this year’s Iowa Eight. Every single Southeast Polk opponent will have a target on his back.

Williams’ recruitment feels different, too. While he had only just popped up on the Midwest recruiting radar at this time last year, he’s now one of the most exciting prospects in the region. 247Sports ranks him the No. 180 overall prospect in 2020.

Sitting on some benches off to the side of Southeast Polk’s stadium Monday night, Williams discussed the latest in his blossoming recruitment.

He said Iowa, Iowa State, Michigan, Notre Dame and Nebraska are the main five schools in the picture right now. The Hawkeyes, Cyclones, Wolverines and Huskers have all offered Williams, and he visited Notre Dame in late June. Fighting Irish coaches want to come out to watch Williams this season.

Williams’ mother, Kori Williams, told the Register that they will likely visit Notre Dame on Sept. 1 for the season opener against Michigan.

They plan to take game-day visits to Iowa, Iowa State and Michigan, as well. If Notre Dame doesn’t work out on Sept. 1, Iowa State’s opener versus South Dakota State could be an option.

Williams gave the latest on each of the five schools on his radar:

“They like me. They like my film. They like who I am. They think I’m a good fit because they like to run the ball, and we obviously run the ball. … Every time I go up there since (running backs coach Derrick Foster) has been here, we’ve had about an hour or an hour-and-a-half — just talk. He reminds me a lot of my running back coach here. It was kind of like an instant connection, so it feels nice.”

“They’re good. I haven’t been up there in a while. I like (running backs) Coach (Nate) Scheelhaase — he’s cool, funny. I like (head) Coach (Matt) Campbell. He’s a nice guy.”

“(Getting the offer) was very cool. A little bit (of a relationship has developed), but nothing like super major because they’re six hours away. It’s really big. Everything there is really big, especially their stadium. That’s a lot of people.”

Williams and his mother said they haven’t heard from Nebraska since Gavin received the offer in April.

“(The visit) was very cool. The running back coach (Autry Denson) was really nice. He was down to earth. He wasn’t trying to sugar-coat anything. I like that because I don’t want to hear how good I am every time I go somewhere. OK I’m good, but I I still need (coaching) on how I can get better — things I need to work on. He was talking to me about some things I could work on, and I really appreciated that.” 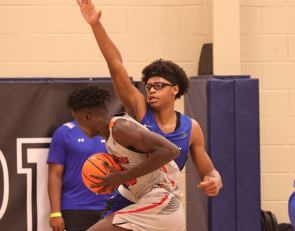 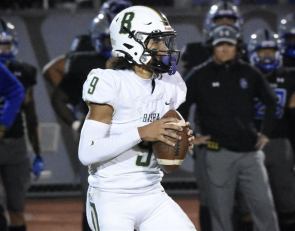